The training session which was held at Jenoi was organised by NAFS, with funding from the European Union (EU) and ActionAid The Gambia, which provided co-financing for the realisation of the objectives of the training course.

The project was designed to promote locally and globally the effectiveness of pro-poor food and nutrition policy and intervention. This is to reverse the increasing trend towards food and nutrition security, and fight hunger so as to bring countries back on track towards achieving MDG1, with the overall objectives of providing the basis for the attainment of the ideals set in the project.

In his presentation, the National Coordinator for NaYAFS, Alhagie Kebbeh, said the purpose of the budget session is mainly to promote understanding for effective engagement, and that the task is to explore pro-poor budgeting in agriculture, education and the health sectors. Mr. Kebbeh spoke on the significance of the budget, noting that it is the policy instrument that guides the performance of development programme.

The objective of the budget is to make public transparency and information accessible, and to promote efficiency and effective public services delivery. He added that the objectives are to institutionalize the participation of civil society in the analysis, tracking and advocacy. Mr Kebbeh also stated that there is a need to make citizens participate in the process of evaluation, tracking of disbursement and in monitoring the use of public resources.

There is need to consider the aggregate level, according to Mr. Kebbeh, to know how much is spent, and to ensure that taxes are affordable. He stated that there is need for citizens to know how public resources are allocated. He also stated that after the constitution, the Budget is the second most important document in any modern state.

Lamin Nyangado head of policy and advocacy at ActionAid stressed the significance and the need for citizens to know the budget, and participate during its allocation. He also highlighted some of the challenges that the Budgets are facing. Mr. Nyangado also spoke on the issue of bad policies and the need for a way forward in addressing those policies.

Dawda Kujabi the secretary general of AFET expressed sincere appreciation for the opportunity accorded to him to deliver the opening remarks for this important forum on budget tracking and aid effectiveness. He commended the organisers for taking the initiative, in the sense that food security has become a major concern globally. For stakeholders to converge in one place and discuss this issue is of paramount importance, as it will enhance capacity building. Mr. Kujabi further commended ActionAid for their support, and urged ActionAid to continue their partnership with the organisation to strive against poverty in the country.

Marie Adams from the association of the national platform, expressed similar sentiments, and applauded the alliance for their initiative describing it as a positive initiative. She noted that food security issues should be the concern of every citizen. Ms Adams noted that food security issue should be the concern of every citizen, and challenged the participants to take this training seriously, as this will enhance their capacity. 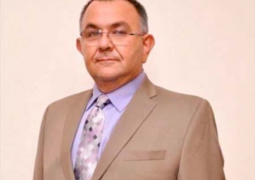