One Muhammed Ceesay, aged 10 months, and a resident of Ebo-Town is in need of overseas treatment after sustaining a second degree multi-facial burn last February when his parent's house went ablaze.

Following his referral at Serrekunda Health Centre after the day of hospitalisation, on evaluation at the Accident and Emergency Unit, he was said to have had an extensive burn involving his face, head, back, lower limbs and elbow, and was generally unwell and febrile to touch.

"Given his younger age, the extent of the burn cephalic, involvement and circumferential nature, it was considered a major burn incident and was managed accordingly with crystalloid, normal saline, intravenous gentamycin, multivitamins, flagyl, IM/IV tramadol and daily dressing, in addition to food supplements to address his nutritional needs," his medical paper stated.

Muhammed Ceesay's medical report also stated that he (Muhammed) has made a remarkable progress on the above interventions with good wound, but with a cosmetically and functionally disabling scarcification. He was discharged on March 2010 following his hospitalisation for 52 days.

"By giving Muhammed Ceesay this complication, he will need a plastic reconstruction, reparative and release procedures that can only be achieved by going out of The Gambia for overseas treatment," his medical paper stated.

Speaking to our reporter during a visit to The Point, Fadia Trawally, the mother of Muhammed Ceesay appealed for support from all philanthropists, businessmen and any concerned person to help in saving the life of her son. She can be reached on the following numbers and e-mail address: 7171466, 4497441 or darboeb@yahoo.com. 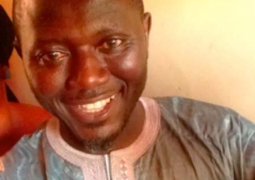