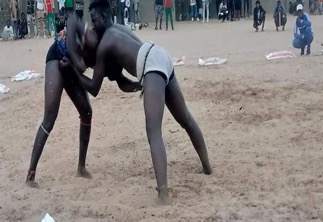 A lot was at stake for the two upcoming wrestlers after both endured heartbreaking defeats in their previous combats.

However, it was Nyaha Njairinyu of Club Mara who gained the upper hands as Komie Junior of Club Serekunda Mbolo concentrated on the boxing aspect while the former was interested in the wrestling aspect.

The Ebo Town-based wrestler and his fans went home celebrating with the flag named after Bamba Drammeh.

Elsewhere, Tiger of Tallinding Japoo wrestled to the ground Seven Eleven of Ebo Town Mbolo to win the flag named after Gibbi Njie, while Ama of Tallinding United earned a hard-fought victory over Zoro of Club Sukutankulu before Nyaha Jairinyu capped off the evening with victory over Komie Junior.

The event was attended by scores of enthusiastic fans and spectators from Sanchaba and its surroundings. 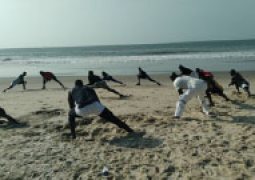 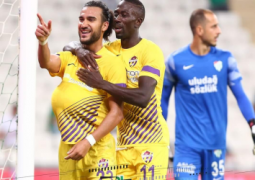 Gambian striker Pa Dibba scored on his debut match for his Turkish new club Eyüpspor during their 2-0 away win over Bursaspor in their week-three fixture of the Turkish 1 Lig (Second Division league) played at the Timsah Arena on Saturday.