West Ham boss David Moyes wants to sign Sampdoria’s defender Omar Colley this summer, but he could face competition from Newcastle for the Gambian international’s signature.

The 27-year-old became a top target for the Hammers boss who wants to bolster his central defensive ranks at the end of the season.

Premier League side, West Ham current defense line players are aging as Angelo Ogbonna has been an absolute rock this term, but recently turned 32. Meanwhile, Issa Diop, Fabian Balbuena and Winston Reid all face uncertain futures at the London Stadium.

According to The Sun, The Gambian and Sampdoria defender could be an option for West Ham.

The Lamin-born has made 28 Serie A appearances for Sampdoria this season. In those outings, the 12-capped Gambia international has averaged 1.4 tackles, 1.9 interceptions and 4.8 clearances per game.

Colley has also won an average of 2.7 aerial duals per match.

The 6ft 3in centre-back is at the ideal age of taking the next step in his career. And he seems to have all of the attributes needed to succeed in the Premier League.

The Sun claimed that Colley could be up for grabs for just £13 million this summer. And that would represent decent value for West Ham in the current market.

The Gambian is the kind of player who would add so much to the Hammers’ back-line.

Whether they can beat Newcastle to the 27-year-old’s signature remains to be seen. 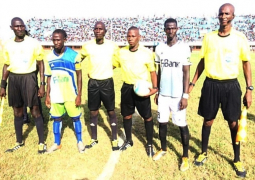 Sukuta United will host Gunjur United in the first-leg clash of the 2020 charity football tournament today, Friday at the Dembadou Mini Stadium at 4.30pm.

Scorpions to begin training tomorrow ahead of S/Sudan AFCON combat

The Gambia senior national team is set to begin training tomorrow, Wednesday, ahead of their crunch 2023 Africa Cup of Nations qualifiers opener at home to South Sudan on 4th June 2022 at Stade Late Dior in Thies, Senegal. 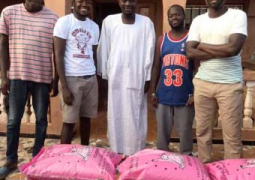 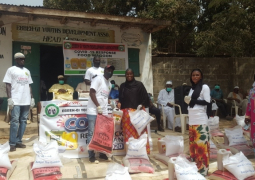