BMW, as he is fondly called was speaking during an interview with reporters shortly after defeating defending league champions Fortune FC 4-1 in their opening game of the Gambian Premier League played at the Independence Stadium in Bakau on Monday.

Fortune FC opened the scoring in the 18th minute through new signing Muhammed Bamba, but Real de Banjul restored purity through Modou Lamin Demba in the 27th minute before going into the break.

The City Boys started from where they left off in the first period as they took the lead, scoring two quick goals through David Sambou and Foday Darboe in the 52nd and 53rd minutes.

Kajally Drammeh scored the final and fourth goal for Real de Banjul in the 66th minute, ending the score-line 4-1 for the City Boys.

Bye Malleh Wada further said that he was happy with the result and performance of his players, noting that it was a big challenge to take on defending champions Fortune FC in their first game.

“My target is to win the league as well as win all our games. We will work towards that. We are confident that with the team that we have we can do that,” he said.

Jain Joof, head coach of Fortune FC, expressed disappointment with the result, noting that seeing how they conceded four goals against Real and the performances of their players especially in the second half was not easy to bear.

According to him, lack of concentration made them concede those goals against Real de Banjul, adding that one of the main reason for their defeat was due to being away from the team for a week.

“I joined the team today (during the game) though my assistants were there to take care of the team in my absence but seeing the way my players played against Real is something am not satisfied with.”

He added that they have 29 games to play in the league and that they would go back and work on their errors ahead of the subsequent games.

Meanwhile, in the earlier game on Monday, Falcons defeated Steve Biko 3-0 in a game played at the Independence Stadium in Bakau.

The Gambia Football Federation (GFF) has released 2022-2023 football calendar after the completion of the country's League competitions. 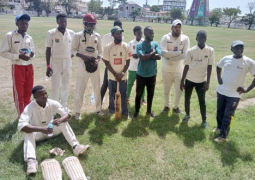 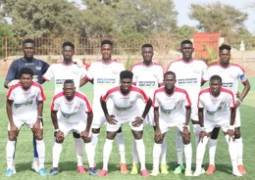 Real de Banjul missed the chance to go top of the league standing after playing a 1-1 draw against Gamtel FC, while Elite United also played a goalless draw against The Gambia Ports Authority (GPA) during their week-18 fixtures of The Gambia Football Federation (GFF) 1st Division League played on Sunday.