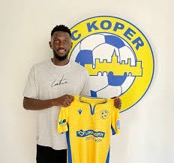 Lamin has scored twelve goals this season in all competitions, 10 in the league and two in the Cup they won.

FC Koper currently occupy second position in the Slovenian League with 66 points after 35 games, a point behind Maribor who occupy top spot.

Lamin who wears the number 9 jersey for FC Koper was born in The Gambia on 5th July 1993. His family moved to England when he was young. At England he played for a host of academics before moving to FC Koper.

The 28-year old began his career with Leeds United academy at age 16. At age 18 he moved to Bradford City before he was released.

He later played for Stockport County and Bradford Pack Avenue before going on trials at Peterborough in League One.

From there he traveled to Belgium and played for Raal Louviere where he scored 8 goals in 18 games.

Lamin moved to Slovenia and signed for ND Gorica before moving to his current club FC Koper.

Lamin is yet to receive a called-up to The Gambia senior national team but spoke to coach Tom Saintfiet a few years ago.

"I am currently doing well and I hope he is still keeping an eye on me. I hope to get a called-up very soon. I know I can compete in the national team and when the opportunity comes I will give my all. It will be a privilege to play for my country," he said. 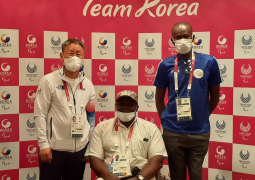 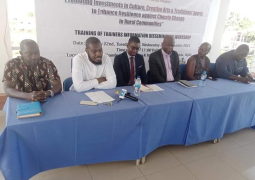 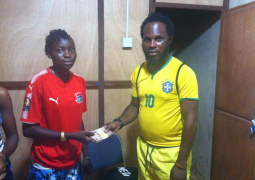