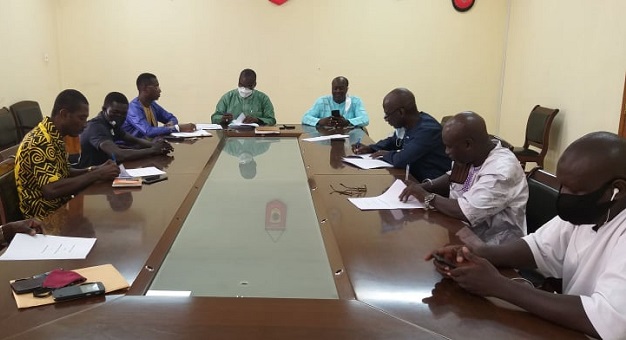 The signing ceremony held on Friday 2nd October 2020 was witnessed by representatives of each of the consulting firms; GAP, Master Plan and Salabako held at the GFF Secretariat in Kanifing.

Presiding over the ceremony, GFF President Lamin Kaba Bajo congratulated the bidders for winning the tender which according to him were been vigorously selected by the Procurement Committee going by standard practices following an advertisement notice.

“GFF seeks funding from FIFA to embark on infrastructural projects which started some time ago with a couple of projects in the Greater Banjul Area but you know FIFA has very stringent mechanisms before any approval of funds are sought”, Mr Bajo noted. He said GFF’s desire on the projects was not met due to lack of proper Contractors and Consultancy works. “Nonetheless, with this new team, we are convinced that the end product should be visible and appreciated by all”, he said.

The three consulting firms in their respective domains would rehabilitate existing facilities at Banjul, Sere Kunda East, Sere Kunda West, Brikama, Bakau and Manjai Mini stadiums where the playing grounds, dressing rooms, toilets, perimeter fence and the artificial playing turfs would be rehabilitated to standards and thus give the grounds a new facelift.

The Contractors thanked the GFF for the opportunity offered to them while promising to deliver on time. “We will work diligently to make the GFF and Gambia proud hence the opportunity is given to us as Gambians’, Mr Sarr noted.

He said the efforts made by the Kaba led Executive must be recognized ” because we see that you have put up Committees that will also oversee us and that is commendable”. 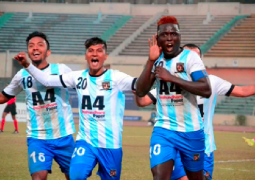 Gambian international Solomon Kamform has continued his impressive form for his Bangladeshi side Sheikh Jamal as he scored a brace during their 3-2 away win over Saif SC in their week-five fixtures of the Bangladesh Premier League played at the Bangabandhu National Stadium on Tuesday. 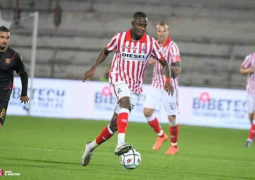 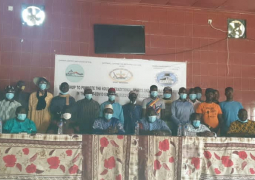