It is still an irony to the leadership of the GFF that the continental football governing body would take such a decision without specifying the names or number of player(s) that are alleged to have failed an MRI Test, not to mention the fact that the Federation had worked with CAF in the pre-tournament MRI test that resulted to the identification of the final eligible 24 players whom were registered to take part in the competition.

Two separate MRI tests were conducted, all of which were supervised by CAF certified Medical Officers and cost the Federation a significant amount of money. We paid for the hotel accommodation, air ticket and per diem allowance of CAF’s own recommended Medical Officer from Ivory Coast for her to be present and supervise the administration of the test conducted in the Gambia. The Federation did all these to ensure that only those players that are eligible as per the results are included in the competition.

The first tests were conducted on 7th and 8th December 2020 at the Edward Francis Small Teaching Hospital in Banjul, Gambia, under the supervision of CAF’s recommended MRI Specialist Dr. Cecile Kadjo where 24 players were tested and only 13 (thirteen) were confirmed by Dr. Yacine Zerguine, the Vice Chairman of the CAF Medical Committee. This led to the selection of new players and on 16th January, 2021, another batch of 17 (Seventeen) players were tested at the Centre Emagerie Medicale – Dakar, Senegal, a CAF approved testing center and under the supervision of Dr. Babacar Kebe. Out of this number, 12 (twelve) was formerly confirmed eligible, again by Dr. Zerguine. Both Dr. Cecile and Dr. Kebe are MRI Specialists who were recommended by CAF Medical Director Dr. Boubakary Sidiki.

Of the 25 confirmed eligible players by CAF, the GFF delegation travelled with 24 (Twenty-four) players only. On the instructions of the CAF Medical Department on the 3rd February 2021, the team went to Dakar and underwent the Tournament MRI Test on the 4th February 2021 accordingly. The confirmation of the initial MRI tests for the eligible players by Dr. Zerguine prompted the GFF to change the list of players earlier registered on the CAF Competitions Matching System (CMS) with players whose MRI test results were declared eligible by the CAF Medical Doctor.

All these tests were done to avoid any inconvenient and embarrassing situations as it had been clearly stated in the CAF letter that Member Associations could conduct their own MRI test in the presence of a CAF Certified Medical Officer. Thus, the 24 (Twenty-four) Players taken to the competition were all cleared and declared eligible by Dr. Yacine Zerguine. It is the same 24 (Twenty-four) players who were deemed eligible that were tested at the same medical Centre in Dakar.

In light of the above, The Gambia Football Federation has since protested the decision of CAF to disqualify our U-17 National Team as stated in our earlier press release on Tuesday, 10th February 2021. We have also requested them to reinstate the team in the competition or provide us with full details of its decision to disqualify the team and furnish us with name(s) of the players who failed the MRI Test as per their communications. 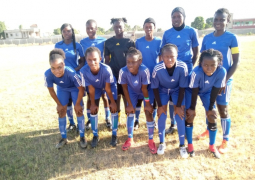 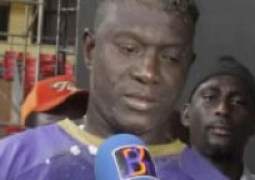 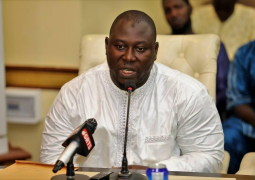 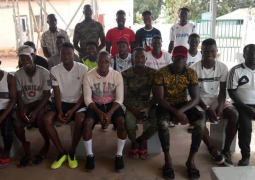