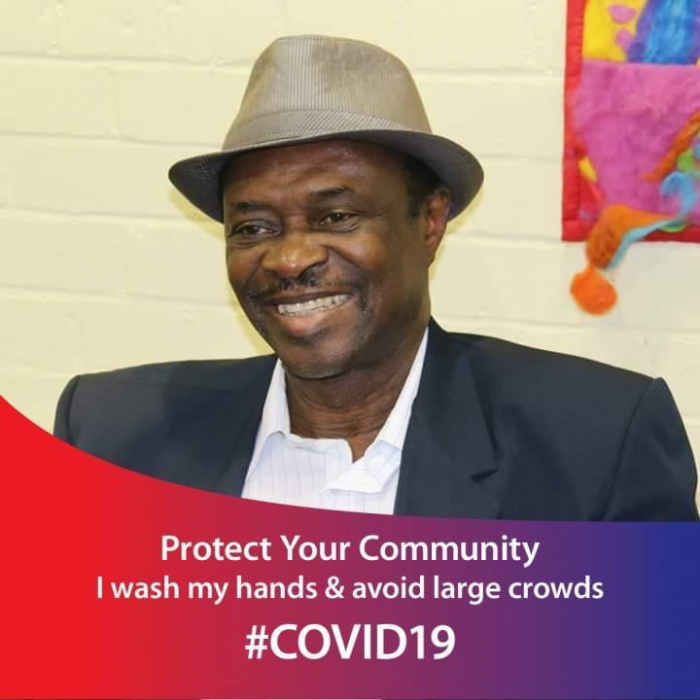 He is the former Executive Director of The Gambia National Olympic Committee, before which he founded several initiatives. Back in 2002,  journalist Namory Trawally wrote this about George " Described by a local newspaper as 'affable', 'ageless' and 'indefatigable', George Furmose Gomez is undoubtedly one of the Gambia's finest ever sports personalities. Born in Banjul, George Gomez attended St Augustine's Junior and High Schools before joining Yundum College for a teaching certificate programme.

He concentrated his sporting interest in football, representing his school. In club level, he played for Atomic and Augustinians Football Clubs and won several trophies with them."

In 2009, he received a life time achievement award and the Point Newspaper wrote this about the Gambian legend

George F. Gomez, Executive Director, Gambia National Olympic Committee (GNOC) Promoter last Saturday awarded the 'Life Time Achievement Award'. This award was in recognition for his contribution to the development of music, fashion, beauty and entertainment in The Gambia. The award ceremony was held at the Kairaba Beach Hotel.

According to the citation, George F Gomez is a well-known personality in the entertainment business in The Gambia and the sub region.

George was the organiser of the 1st Miss competion in The Gambia a way back in 1963 when Mrs Juana Jahumpa Njie won the 'Miss Banjul' Competition.

In 1980 on his return from studies, he was elected president of Banzik International, a Senegambia youth organisation with branches in Banjul, Dakar and Ziquinchor. In 1983 following the establishment of the Senegambia Confederation, George initiated the organisation of Miss Senegambia Beauty Contest which The Gambia won 3 out of the 4 times the contest was held in Dakar, Banjul and Ziquinchor.

In 1988 Gomez Promotion was registered and Miss Gambia Beauty Contest re-established as the biggest contest in the country, followed by Miss Tourism, a popular competition which contributed to the enhancement of Tourism by involving the tourism stakeholders in the competition. Mr. George is now the lead consultant in Beauty Contest. He is consulted for all major beauty and talent contest held in this country e.g Miss Black USA, Miss Bakau, Face of Gambia, Miss Scholarship Pegeant, Miss Millennium, Miss Africa Beauty to name a few.

A happy George Gomez has this to say: "This is a very good programme which helps to encourage musicians, promoters, managers and everyone in the entertainment business to be more involved and serious in their trade. Programmes of this nature are held in all major countries in the quest to develop talents in their music and entertainment industry and Lamin Cham should be congratulated for taking up the challenge to start the awards again. The organisation was very good and very co-ordinated. It was well attended and for Gambian standard it started on time. The organisers must have done their research properly because all the awardees, most of whom I know very well, deserve their awards, and should be congratulated. Well done Lamin Cham and keep it up."

Our condolences to the Gomez Family and the entire Gambian community around the world.  A big loss for our country.  May his soul rest in peace.  Ameen 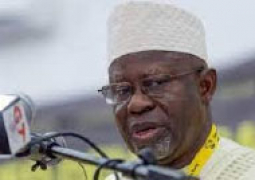 Leader and Secretary General of the United Democratic Party (UDP) has on behalf of his party congratulated the senior national team (Scorpions) for their brilliant performance at the Total Energy AFCON in Cameroon, which was the Gambia’s first time in the tournament. 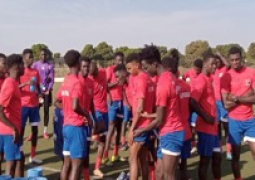 The Gambia U-20 team on Monday resumed training at the National Technical Training Centre in Yundum, as the 2023 Africa U-20 Youth Championship edges closer. 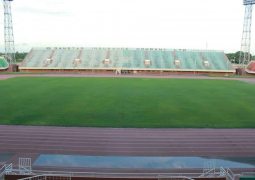