In September 2020, he was found guilty of corruption and money-laundering, linked to the Russian doping scandal.

A French court sentenced him to four years in prison, two of them suspended.

He was never jailed and allowed to return to Senegal, where he remained under house arrest and was later released on bail.

“He died at home of a natural death,” his son, Papa Massata Diack, said.

His funeral is due to be held later on Friday.

Diack’s lawyers had previously said he was in poor health and would die if sent to prison.

Despite his conviction he still enjoyed support in Senegal with Cheikh Seck, the owner of Senegalese football club Jaraaf, paying a 500,000 euro ($565,000 or £425,000 bond earlier this year that allowed Diack to return home.

“He was a good man, a great leader. We wanted him to come back home. It took us one month (to gather the 500,000 euros),” Seck, a businessman and former Senegal international goalkeeper, said after Diack’s death.

“It was really important, we never imagined he could finish his life somewhere else.”

In the past Seck described Diack as: “A worthy son of the nation, an all-round remarkable citizen.” Bbc 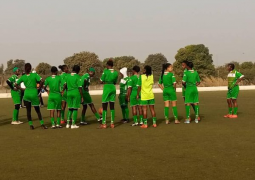 The Gambia Women’s National Team (the Queen Scorpions) returned to training yesterday, Sunday after returning to the country following their 8-0 thrashing in the hands of Cameroon in their first leg of the African Women’s Cup of Nations (AWCON) qualifiers played on Friday at the Ahmadou Ahidjo Stadium in Yaoundé.

Essau United and Region United are currently leading their respective groups in the 2021-2022 North Bank Regional Football Association (NBRFA) Third Division League after their stunning performance in the league campaign. 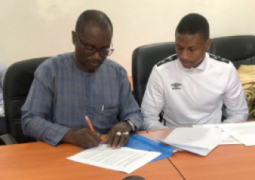 The permanent secretary at the Ministry of Youth and Sports (MoYS), Saikou K. Sanyang has said that his ministry’s agreement with Umbro, a top English sports equipment manufacturing company, seeks to support sport in The Gambia through training of trainers and the provision of technology, equipment, administrative, technical and digital.