We want to know

The much talked about anti-corruption Commission is yet to be established by Government. TheDay of Reckoning will inevitably unseal all the dirt that has been kept tight under the carpets of the State. There are so many contentious issues for which the people demand answers from those in power. Accountability and transparency are essentially of fundamental importance in the governance system.

In this connection, it will be recalled that there have been many instances where the public demands answers which still haven’t been provided by elected officials of this government.

We still have no answer on the sale of the properties of former President Jammeh.

It is public knowledge that Jammeh accumulated so much of wealth and properties, including cash, homes, hotels, airplanes, tractors and trucks, cows, farmlands, a zoo, etc. The government announced that D50 million of the proceeds from the sale of President Jammeh’s properties has been given to assist the victims of the Jammeh Government. I suppose this was based on TRRC reports. Gambians were not aware of any tender announcement about the sale of the properties of Jammeh. We demand answers on which assets were sold, to whom, at what price and on the total revenue derived from the sales. We expect Government to come out with a clear statement of accounts on the sales.

We still have no clear answer on the sale of Mega Bank.

The sale of the Mega Bank is still under scrutiny. The sudden closure of the Bank and its transfer under the Central Bank raised much debate in the public domain. Gambians demand clarification on the operationalization of the Bank. For a small economy like that of The Gambia, one wonders why there are so many foreign banks operating in the country. It can be a very costly mistake if we allow local banks to serve as conduits for money laundering and agents of empowering foreign business houses at the expense of Gambian business operatives.

We still have no answer as to who donated the fifty-seven vehicles that the Government gave to National Assembly Members.

The Executive owes it to Gambians to explain the circumstances which led to the donation of 57 vehicles to Members of Parliament. Receiving the gifts from the President does not augur well with the independence of the Legislature. The MPs must be seen to safeguard the system of checks and balances in the new democratic dispensation. The integrity of the House cannot be compromised by the politics of inducement.

We still have no answeron the cause of the fire that ravaged the Ministry of Fisheries.

At a time when questions were being asked about the state of our Fisheries sector, Gambians woke up to the news that fire has ravaged the Fisheries Ministry. The coincidence was so high that it raised serious doubts about the truthfulness of the story. On the same street called Marina Parade, there are other colonial buildings housing the Army, Foreign Affairs, Environment, Justice and the New Judiciary complex. Interestingly, none of those offices experienced fire outbreaks to my knowledge. The Government promised to investigate the incident and that was the end of the story.

We still have no answer on the drugs (cocaine) and guns imported into the country by unscrupulous business people.

Some unscrupulous business persons were caught by agents of the State for importing cocaine and guns into the country. Despite the public outcry, these crimes were subjected to the law of the jungle. Are we saying that the legal system is not strong enough to deal with these crimes? Yet poor boys caught with cannabis are languishing in our jails. In matters of crime, the legal system cannot be seen to favour the rich and castigate the poor.

We still have no clarity on the terms and conditions of the Petroleum license granted to BP for offshore blocks.

It is well known that petroleum companies were issued licenses for both onshore and offshore oil prospects before BP came into The Gambia. The question is: under what terms and conditions was BP issued a petroleum license in The Gambia? What happened to the licenses of Buried Hills, the African Petroleum Company of Frank Timis and others?  The public should have been informed about the benefits to the nation for the issuance of a license to BP and the specific offshore oil blocks attached to such a license. In case of any future pending legal suit against the State by previous license holders in the oil exploration, Gambians should be well aware of the facts. Gambians have had their hopes on oil prospects for so long and yet still nothing is forthcoming.

We still have no answer on the selective justice outcomes of the Janneh Commission report for which there was public outcry.

There was public outcry about the selective justice observed in the Janneh Commission report. The Executive had the prerogative to pardon those who have been found wanting whilst others have been punished for wrong doings under the former regime. The Janneh commission report has since been put aside with no further action by the State to the knowledge of the general public.

We still have no answer on the outcome of the sale of diplomatic passports.

The sale of diplomatic passports continues to be a case still hanging in the air. The court does not seem to have the political will to bring this national issue to its logical conclusion. Are we saying that the legal environment is not strong enough to address the case in the courts?

We still have no clear answer on the Simlex Biometric contract.

The Simplex biometric contract has been awarded under doubtful circumstances. Gambian companieshave been denied the right to fair competitive bidding in this contract. The Public Procurement Agency in this issue has shown the public that it is not a credible conduit for the transparency and accountabilityGambians yearn for in the awarding of State contracts.

We still have no clear answer on the Rosewood Timber smuggling and exports to China and elsewhere.

It is interesting that despite the BBC investigative findings, The Gambian Government has denied its involvement in the Rosewood timber smuggling and exports overseas. Who is speaking the truth, our Government or the BBC? It is to be noted that the trade was illegal and under the circumstances it cannot be swept under the carpet because it has drawn international attention. In any case, the truth when thrown on the ground will rise again.

Other pending answers on the Fisheries boats caught in our waters from 2017 to 2019, the amount of revenues realized from licenses and fines, Government contracts awarded without tenders (competitive bidding), the Faraba Commission Report, the Jimpex Road Gas Explosion, the Basse Fire incident, and many other recorded issues of national concern continue to be anticipated. Gambians cannot be taken for granted on these national concerns.

In light of the foregoing, it is my considered opinion that the system of Government has been confronted by accountability and transparency challenges for which decisive leadership is a national imperative. It is only fair that the system of Government is reflective of the rule of law, proper management of the economy and a justice system that does not fade away under our watch.

We expect answers to these concerns. Government is a collective responsibility. If the Government fails the blame will not entirely be put on the Presidency. On TheDay of Reckoning, every office holder in Government will be held accountable. Supporting the Presidency therefore, to make the system functional, productive, clean and in the national interest, is a governance imperative.

It was expected that New Gambia will usher in an accountable and transparent system of Government. Never again to the old ways of doing things. This is why system change is of utmost necessity and of paramount importance. How can a people who came to power to change the old ways of the system of the 2nd Republic for the better forget so soon?

An Algerian revolutionary once said, “If men are able to critically perceive the themes of their lives, they will be carried along in the wake of change.” It is up to those in power to heed the advice of maintaining a clean record on TheDay of Reckoning. The late President Jawara, in one of his pre-election statements, said: “It is my aim to so conduct the affairs of my government that when TheDay of Reckoning comes round again, my administration will pass the test on the record of its achievements.”

Transitional justice and democratic responsibility are fundamental pillars of governance in the new democratic dispensation. The success of Government will therefore depend on the quality and decisiveness of leadership and as well as of the services rendered to the nation. In my view, from the rhythm of politics, it could be concluded that The Gambia has decided in the political transition in 2016 to move away from dictatorship to democracy, but the roadmap to system change and socioeconomic advancement are still hanging in the balance.

The good thing about TheDay of Reckoning in governance is that the sweetness of office would have come to an end and those whose hands were not clean will be held accountable. The Janneh Commission had opened the eyes of Gambians to the keep records for TheDay ofReckoning. We want to know the answers to all these national issues/concerns sooner rather than later. 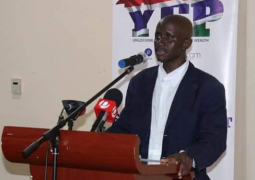 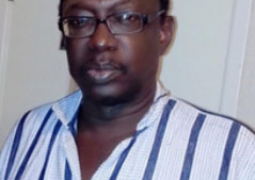