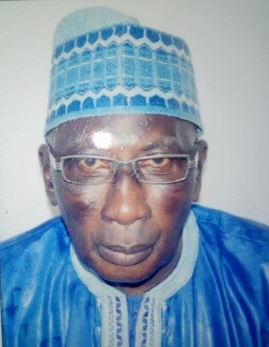 In May 1991, at the meeting of Independent African Press held in Windhoek, Namibia, the delegates solemnly declared that  the establishment , maintenance and fostering of an Independent pluralistic and independent free press is essential for the development and maintenance of democracy in a nation and for economic development.

Six months later the member state of UNESCO subscribed to the declaration that a free pluralistic and independent press is an essential component of any democratic society. This declaration is indeed an essential condition of democracy for people to have access or be given information.

In pursuit of this ideals it is important to realized that those whose task is to provide that information face and important responsibility and should be given every facility to enable them to assume their responsibilities. Infact the best barometer to measure a society’s state of health and maturity is to what extend the freedom of the press is guaranteed.

The rediscovered unanimity of journalists and government representatives concerning a fundamental principles, Prompted UNESCO in association with major media organization to choose the 3rd of May to be the anniversary of the declaration of Winhoek as international press freedom day.

Doubtless still the press remain the most dreaded Institution to autocratic rulers the world over for this reason it is often the first victim of their anger. The press amplifies the pitiable groans of the oppressed and pricks the world conscience for sympathy and action. In that exercise unshackles the oppressed and dethrones the oppressor. It will therefore be most appreciated if the draconian laws intended to silence the press are abrogated given us the hope of a signal to the dawn of a new era of press freedom in the Gambia.

The gagging of the Independent press is a preoccupation of those who have grudge with the truth and since the world community needs the freedom of the press, the truth to facilitate the democratization process must at all cost be safeguarded. NGAING DEMBA THOMAS

A free press along with and Independent Judiciary is essential for the protection of a human rights. One of the surest protection for democracy is free and open exchange of ideas and criticism. In a democratic society public officials must be held accountable for their actions and a free press is the people’ watchdog. The press must be free to investigate and to publish what it finds true even it embarrasses or hurts the careers of powerful figures in or out of office. The press in the Gambia has endeavored throughout the years to persistently continue to play the role of a watchdog also the creator of directions for the common good.

The press in the Gambia greatly contributed over the years toward sharpening of people awareness toward national issues by providing the Citizens with factual information. This role of the press as a medium of mass education is a necessary criteria for a balanced democracy.

Since the price of freedom is eternal vigilance, the press will endeavor at all cost to play its role to zealously guard and protect intellectual freedom of all civil liberties of which the most priced is the liberty of thought and expression.

I wish to take this opportunity in commemoration of the international press freedom day to draw the attention of the authorities to assume their full responsibilities in order to ensure that observance of the rules and regulations binding on the procedures for procurement and awarding of contract are respected.

According to the audit report which unveiled the lack of transparency and evident failure to comply with the stipulated accounting procedures for awarding of contracts, the procurement of various items such as Vehicles for the office of the president and several other transaction without due regard for approval by the Major Tender Board and all other procurement processes, leaves much to be desire.

The current trend of by passing procurement process is indicative of the gross misuse of Government funds. According to the audit report, the loans provided to State Owned Enterprises without proper record management system to determine outstanding balances of the SOE’s and the ability to accurately access the amount of loans each SOE’s should be given is a serious departure from the proper practice to render accountability meaningful. In view of these malpractices it is absolutely necessary to take the appropriate step to remedy such undesirable functions in Government. The failure to strictly adhere to accounting procedures will without doubt encourage the evil communication which in the final analyses will corrupt all the good manners that characterize a progressive and democratic Government.

MAY THE SOULS OF OUR DEPARTED COLLEAGUES REST IN PERFECT PEACE AMEEN!! 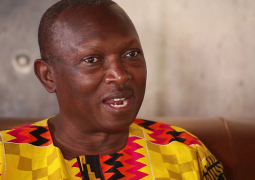