The machinery and functions of government have been largely misconstrued in the system of administration in this era. We have seen the inconsistencies, distortions, and misconceptions in how Government works in The Gambia in the past 26 years.

Nowadays, the rules and regulations governing the Civil Service, such as the General Orders, Public Service Regulations, Foreign Service Regulations, Financial Instructions, Public Enterprises Acts etc. are either forgotten or not strictly adhered to by officials of Government. Administration cannot be seen to work on the basis of large assumptions and unilateral decisions. If the principles upon which a system is built are not followed, the end results will be cluelessness in the governance environment. The effectiveness of Government depends on the administrative order and management of Public Affairs.

In administration, directives must be given but these must be implemented in the proper context and objectively. This is where technocratic and professional competence matters. Let us take, for example, the executive directives for movement of officials in public enterprises, or their terminations being implemented by the Personnel Management Office (PMO) which has no business being involved in these decisions. Public enterprises have been established by an act of Parliament. As such, all their issues should be channelled through their governing boards. Another reflection point is the way and manner recruitments, appointments, and terminations have sometimes been arbitrarily conducted. How can a people who have never served in Government be picked and appointed to the top echelons in the service? Such people carry no capacity, experience, or sufficient knowledge to advise on key policies and programs to advance the development process. To cover their inadequacies and shortfalls, such officials engage in viciousness, selfishness, greediness and procrastinations that tend to derail the efficiency and effectiveness of the administrative system.

National strategy to get the Civil Service delivery effective has been missing since the advent of this transition Government. The unqualified and inexperienced people in the public and political cycles continue to stand in the way of progress of the nation.

This is a major source of the slow performance of sectors of the economy that were expected to make meaningful impact in the development agenda of the country. Because of the lack of necessary follow-ups, the pledges in Brussels on the Gambia’s transition agenda have gone in thin air and as missed opportunities. It is inconceivable that the balances of the pledges will be forthcoming in the remaining one year of this Government. The Gambia lacked foresight in the pursuit of economic diplomacy. We have not been strategic in thinking and action to bring big dividends to the economy. The development in infrastructure has so far been regionally based as if other parts of The Gambia will have to wait for 2021 and beyond to realize the revamp of their dilapidated infrastructure in terms of roads, drainage and water systems. According to public assessment, the performing sectors so far are Finance, Justice, Women’s Affairs and Children and the Police/DLEA. The need, therefore, for the long-awaited Civil Service Reform cannot be overemphasised. That is the only way to inject sense and purpose in the system. 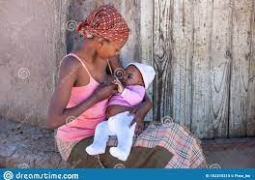 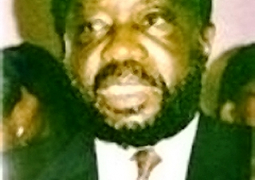