April 10 and 11, 2000, was without a shadow of a doubt, the darkest day in the history of The Gambia. Apart from the other naked injustices as well as the blatant and flagrant misused of power by Yahya Jammeh and his personal guards and cronies, the oppression of the masses continued unabated. Unashamedly, the massacre of 14 unarmed student demonstrators is still echoing in the thoughts of all peace-loving Gambians.

But despite the bloodbath, it was during the same period that the United Security Council, on March 2000, adopted Resolution 1306, demanding to put an immediate end to the export of diamonds from Sierra Leone during that country’s brutal civil war. Both Yahya Jammeh and his most trusted comrade, the late Baba Jobe were implicated. The two men later quarreled and despite the intervention of former Libyan leader, Mummar Al Quahadhafi and Mr. Jobe imprisoned. He died mysteriously.

Furthermore, few months later, the United Nations General Assembly (UNGA) adopted another Resolution 55/56 expressing concern about the problem of ''conflict diamonds''. The UNGA unanimously agreed that it was used by brutal rebel movements to finance and support their activities. The Gambia and Liberia, it was alleged benefited from weapon shipment and allowing diamond smuggler to use its borders for financial and other sinister purposes.

Baba Jobe was henceforth publicly named and indicted. Equally Yahya Jammeh, was accused of either directly or indirectly involved in the deal. The APRC government as usual swiftly issued a press release and flatly denied the charges. Instead, it indirectly laid the blame on the door steps of other innocent local businessmen. The issue was internationally known as the ''blood diamond'' saga.

It was the straw that broke the camel’s back. Then, I personally took the opportunity to interview some of the accused person, as well as Mr. Jobe. He invited me at his “residence” in Kotu for a response. The traders also came out with an immediate reaction.

However, with the tone of the government statement on the issue, the businessmen, known as ''Marakas'' in Sierra Leone and operating around the diamond rich areas in the sub-region, also exonerated themselves in the report. The traders told me during an interview published in the local and foreign press that their diamond business was indeed legal. They said that the damning report of the UN panel of experts accusing The Gambia of involvement in the trafficking of ''blood diamonds'' had nothing to do with them.

Yahya Jammeh’s denial of any involvement in the deal and unconvincing shifting of the blame onto innocent individuals who have nothing to do with blood diamond was shocking. The ‘‘Marakas’’ acknowledged that over the years they had been mining and trading in ''legal diamonds'' not only around the sub-region but elsewhere across the continent including in South Africa and Angola.

Yahya Jammeh was uncompromising over my investigations and reports over the matter which was also internationally printed and broadcasted. The Gambian leader immediately ordered for my arrest and subsequent detention. The media was aghast.  But already, he had used despicable and dreadful statements against press.

The Point Newspaper at the time wrote about my detention noting: ''Mr. Mbye was questioned by the Agency in connection to his story in which he quoted a former member of the defunct July 22nd Movement of having allegedly said the movement members were supplied with arms and mobile phones by their leader Baba Jobe, President Jammeh's special adviser…”

The paper further recalled how Baba Jobe was indicted by the UN Security Council resolution for arms trafficking.

One of my sources was a prominent member of the July 22 Movement, known for brutality. He voluntarily called me and visited me at The Independent Newspaper located at Kairaba Avenue where he revealed damning information. He revealed that he and other men were militarily trained and supplied with arms and mobile phones by Baba Jobe. He also decided to come out publicly and vowed to testify against his former mentor, Baba Jobe, in any international tribunal. The two had clashed and my sources cross-carpeted to the opposition.

The Point right disclosed that my source called Bakary Camara, was arrested few hours after the publication of the article and detained by the defunct National Intelligent Agency (NIA) regarding his comments. While in custody for three days, he was forced under duress to deny his own statement. It was baffling.

Few days earlier, Yahya Jammeh and his associates had attacked me for exposing the information deemed “sensitive” by the regime. For example, Sajo Jallow, who was the Minister of Youth & Sports and Chairman of the Government Spokesperson Committee was extremely nervous. The government Minister falsely accused me of ''chasing negative stories'' within government circles during an official press conference conducted in his Department. The briefing was attended by the late Deyda Hydara.

Mr. Jallow, was a member of the Movement of Justice in Africa (MOJA) who went into exiled but returned to the country when Yahya Jammeh took office. The press mistakenly thought that due to his personal experience, he would be accommodating. It was a wrong assumption. In a serious tone, later published by the press, Mr. Jallow protested: ''Alhagie Mbye, you kept on chasing negative stories as a young and energetic journalist, and I warned you to stop.'' He was speaking loudly and staring me at the press conference in the presence of other colleagues. It was scary.

Additionally, it was during the same period that at the National Assembly, a Parliamentary Enquiry was conducted over massive misused of public funds. The UDP, PDOIS and NRP was at the forefront of the investigations. The inquiry was subdued simply because of the overwhelmingly dominated APRC MPs. But the exposure alone was a massive blow to the already discredited regime.

Fatoumatta Jallow, the then Auditor General reported: ''Failure to produce financial statements is a matter of grave concern, as we are unable to confirm the level of expenditure made or surplus or deficit, and the overall indebtedness of the country''. It was extremely incriminatory to say the least.

During the audit exercise, the auditors found out that there was “absolute lack of compliance in government's financial instructions, theft of funds with impunity, mislaying of revenue and receipt books, lacking of supporting documentation for expenditure, and deliberate failure to obtain competitive tenders…”

Auditors also discovered that many instances where there was no evidence of competitive tendering being used. In some cases, this resulted in purchases at unrealistic prices. For instance, in one case, the purchase of ordinary pencil costing only 25 Bututs inflated to D60. That was 240 times higher than the normal cost. Gambians were stunned.

Critics maintained that Yahya Jammeh was unable to stop the rampant corruption in his administration because he was the front-runner. Such a statement was strengthened in November 2000 when Yahya Jammeh openly admitted the ‘‘politics of self-interest’’ within his own party during a political meeting in Bundung.

However, Yahya Jammeh and his cronies instead of stopping the badly-behaved guys, insisted that such “negative stories” must not be reported. It resulted the NIA officers taking the law into their own hands and toeing the line of the regime. An order was made for my immediate arrest and detention. NIA personnel: Demba Ceesay, Wassa Gassama and Babou Njie were commanded by their superiors to inflict untold and extreme torture, pain and suffering toward me even though Section 21 of The Gambian constitution categorically states: ‘‘No person shall be subjected to torture or inhumane, degrading punishment or other treatment’’. Sadly we are told that these men are still operating freely. 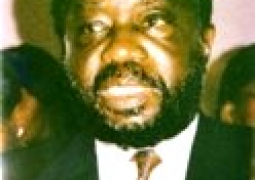 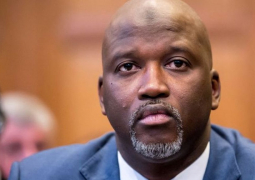 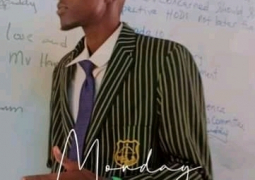