The economic hardships currently experienced by the people have become daily talk shows in the country. Everywhere one goes to in town the people are crying about the high cost of living in all aspects of life. It seems that political figures are not taking up their roles in the care of the economic well-being of the people. The economic players have not been able to take Gambians out of poverty. This situation particularly affects the youths who are the crème of society and the women who are the moulders of our children.

It is time that we recognize as a developing country that the principles of a liberal economy and free market system does not necessarily work in our favour. Our people are getting poorer and poorer by the day while the rich in the private sectors of the economy who are bent on the exploitation of the people come rain, come sunshine, COVID-19 or other pandemics, are getting richer by the day.

In this era, the people’s concern is about putting food on the table rather than political procrastination. The indigenization of economic activities should form the cornerstone of government economic policy. It is time that Gambians take ownership of their economy. We shall not be offending any outside power by defending our national interest and seeking means of sustainable livelihood for our people. The Gambia can remain a liberal economy, but in the process, the empowerment of citizens through trade and commerce is paramount and must become the priority in economic management and development.

The Chinese model of economic policy has worked well for their country and people. The Chinese refused to be captive to a liberal economic environment which led Africans to be trapped into exploitation and poverty. After 35 years of hard work and Chinese looking inwards on country, China succeeded in gaining economic victory. China is now the envy of the world. The greatest development partner of Africa today is China. It is remarkable that the dividends of China’s economic growth and development are shared with the rest of the world under the dynamic and visionary leadership of H.E. Xi Jinping.

The Chinese economic model must be a lesson for Africa. Our people have endured poverty for too long. Unless the economic policy of the country is focused on the objective conditions of the people and on the realities of poverty in society, we will not be out of the woods. Since we are failing to attack the productive sectors of the economy to excite economic growth and development, we might as well look into new insights to reduce the hardships on the population. It has been observed that the trade and commercial routes are the way to richness and wealth accumulation. A logical first step in a new economic framework is the commercialization of agriculture with value addition to enhance the food security of the country.

The second option would be the establishment of a NATIONAL TRADING CORPORATION (NTC) through an Act of Parliament. Such an institution would have to be sufficiently empowered to enter the trade and economic market. The government could instruct the Central Bank of The Gambia to give full backing to the NTC in terms of its requirements for foreign exchange to import all types of goods especially of essential commodities for sale to citizens at affordable prices.

The cries of Gambians over the high cost of living cannot continue to fall on deaf ears. If the government cannot due to its adherence to maintaining a free market economy then the alternative solution is to set up operations of a National Trading Corporation (NTC) that will provide competitive pricing for goods and services that citizens can afford. There are competent and experienced Gambian women and men in the private sector who can deliver the goods and services at affordable prices to the satisfaction of the general populace. They can set up branches in all the regions to reach the poor and the needy. The government should create the possibility for the empowerment of Gambian consumers.

An economic reconstruction program that ends hunger and market depression is essentially of fundamental necessity and a national imperative. Gambians cannot be held as hostages of the stranglehold foreigners have on our economy. It is indeed shameful that for such a small country like The Gambia, people will come from overseas countries and run supermarkets, electronic stores, restaurants, building material stores, auto spare part shops, furniture stores, and so on. How can we be proud to call these private sector movers and investors?

It is time to defend the sovereignty of the people of this country through deliberate intervention measures that will enhance the socioeconomic well-being of Gambian citizens. It is a moral duty and of political accountability. 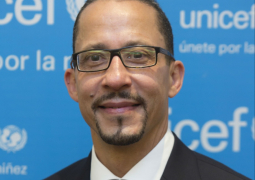