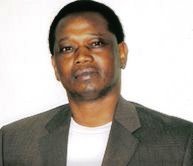 (These notes were gathered in 2003 and are still under review. Some authors here have since published more books, and these will feature in our reviews subsequently)

Captain Cherno Jatta was born in The Gambia in 1956 at Primet Street, Banjul. He is married with eight children. After obtaining his A Levels at Gambia High School in 1976, he went to Ghana for a year and then to Great Britain twice (1980-1982 and 1984-1988). He successfully completed his studies with a Master Mariner, classes One, Two and Three diplomas. In his professional career, he was associated with different maritime companies and since 1988, Mr Jatta has occupied different positions ( Deck Officer, Deputy Harbour Master, Acting Director of Administration and Personnel, Safety Managerat The Gambia Ports Authority. he has published, among others, a Handbook for the Seaport Industry. Two manuscripts The Scapegoat and A Man of Destiny, as well as two volumes on maritime issues are waiting to be published.

Sin and Blackmail (1998) is a novel of 112 pages published in Banjul. Mr Johnson, a diplomat and an exemplary father of four, is a victim to his own naivety in a country called Zambezi. We are in 1994, Mr Johnson is serving as middle-man in a gold deal. The gold is nowhere to be seen. The diplomat is the prime suspect for the disappearance of 15 kilos of gold. To crown it all, his domestic life is in turmoil after the discovery of his involvement in a love affair. He finds himself in the middle of another diamond deal worst than the first one. He is saved by a police Inspector, but his domestic life is greatly affected.

Musa Jallow was born in 1963. After completing his studies at Armitage High School in 1979, he taught for a while before engaging himself in other activities. He is now a self-employed carpenter. He has written a sequel to his first novel - not yet published - and a collection of poems.

Across the Scenes, published in Banjul in 1998, is a novel of 108 pages. The hero, Samba Fye is an outstanding student from the provinces. Impressed by his performance, his teacher helps him to get a school in the city, Serrekunda, to be more precise. Within a few months our young man, influenced by city life, finds himself in the vicious circle of drugs and delinquency. To top it all he is accused of impregnating a teenager.

Baba Galleh Jallow graduated from Fourah Bay College where he obtained a B.A. in History and Political Sciences. Upon arrival in The Gambia, he took up a job with the Daily Observer where he rose to the position of Editor-in-Chief. At the end of the year 2000, he left the Daily Observer. He became a co-founder and Editor in Chief of the newly created Newpaper: The Independent. He is presently working on his Masters’ degree in the USA. Baba Galleh Jallow has written more than a hundred short stories and poems. They are yet to be published.

Ultimate Conflict, published in 1999 in Banjul, is a short novel of 52 pages published. The narrator, Umar tells us about his father’s decision to circumcise his (Umar’s) daughter who is living up-country with her mother, Amina, in Umar’s family compound. Everything started when he got a phone call from his wife informing him of her father-in-law’s decision. Umar, a senior civil servant living in the city, tries to reason with his father. The latter, not wanting to see his authority undermined, invokes tradition, and religion… to justify his decision. This book deals with the sensitive question of female circumcision.

He has since published many other works to be shared later.

Joseph H. Joof was born in 1960. He graduated with a B.A. Honours in Law and Economics (Keele University, U.K.). He then proceeded to the London School of Law. A very successful lawyer, Mr Joof became President of the Bar Association before rising to the position of Attorney General and Secretary of State for Justice of  the Republic of The Gambia. In addition to The Will, Joseph H. Joof has also published in Banjul in the same year, The Student’s Guide to academic success (52 pages). He has many manuscripts which are yet to be published.

The Will is 116 pages long and published in 1998 in Banjul. It is a novel that tells us about the will of a man named Rex Jon. The five children and the widow of the late Rex Jon are baffled by the existence of an unknown son of  the late Rex , a young man aged 28. To their surprise, the huge heritage of the late Rex is not, according to the will, going to be shared equitably. They will soon discover that the will was forged by the executor who happens to be the real father of the young man. This startling revelation will bring endless problems within the family.

Through this introductory phase, more discovery has been made on Gambian literature. A lot of unpublished authors shall be introduced in the following editions.

Essa Bokarr Sey was born in Kuntaya. After attending Armitage High School, he served in The Gambia National Gendarmerie from 1985 to 1990, he was admitted at the Gambia College in 1990 where he graduated with a HTC with a French major in 1992. He spent one year at the Université de Franche Comté in Besançon, France. He joined the Ministry of Foreign Affairs in 1993.  After several functions in many of the embassies (Senegal, France and The United States), He will rise to the position of The Gambia’s Ambassador to France and then Taiwan. He was Gambian Ambassador to the United States. In love with Muses, he is about to publish another collection of poems. He is presently the Deputy CEO of the OIC Gambia Office.

The Boat of Thought, is a collection of 109 poems and was published in 2000 in Hungary. This collection, in periodic verses, deals with rather grim memories of not only of past but also of present Africa and the world. But faced with the absurdity of people’s behaviour, the poet thinks that the world is animated by sense - may be a divine one – that gives reasons to fight and hope.

Charles Thomas successfully studied in the USA, UK and India. He holds a degree in English Language and Literature and a Postgraduate degree in Law and Development Aid Management. He has occupied different position in the Civil Service. He has published a play with one act entitled Go Tell it On The Mountain and a script inspired from The Will of Joseph H. Joof.

The Memorandum, published in Banjul in 2000, is 75 pages long. It’s a four-act play with 32 actors. The main character, Tijan, is a young public worker who is faced with an almost insurmountable contradiction in his professional, family and religious activities: respect for skill, honesty without political compromise, and religious tolerance are virtually impossible. Thus, Tijan found no other solution but to migrate to Switzerland with Regina, the woman that he loves, in order to try and live according to his ideals.

Michael Hamadi Secka was born in 1963 in Basse. After attending Armitage High School, he was trained as a teacher at The Gambia College. A seasoned educationist, he was the Principal of Kalagi Upper Basic School. Michael Hamadi Secka has published several poems, articles and brochures for students. He works at the Curriculum Development Directorate at MoBSE.

Literature For Gambian Upper Basic Schools was published in Banjul in 2000. It is a collection of literary texts 65 pages long.

The book is divided into three parts: 14 poems by the author, 10 hunting stories collected in Kaur in 1982 and a play in two acts about the trial and the imprisonment of Nelson Mandela.  Michael Hamadi Secka’s book clearly shows his desire to talk about issues germane to the socio-cultural environment of his target audience: the student population.

He has since published many other books, reviewed many and edited several others.

She is at present an independent scholar, researcher and activist. She is Commissioner at the ECOWAS. She was Executive Director of the Women’s Bureau until September 2001, and the Vice Chairperson of the University Council, University of The Gambia. She has served as a professor in comparative literature, English and women’s studies at Spelman College in Atlanta and has also taught African literature, the African diaspora and the world, literary theory and criticism. She received her PhD from the State University of New York at Binghamton, specialising in Women's studies, theory and African women’s literature, particularly Mariama Bâ and Bessie Head.

She has edited two books, The African Diaspora and the World (2 volumes) and Post-Colonial African Writers: A Bibliographical Critical Sourcebook. In addition, she has had her poetry published in WATU, a literary magazine at Cornell University, and in an Anthology of Writings by Women of Colour at the State University of New York at Binghamton. Her research interests are numerous and include immigration, women in academia, society development and change, and oral performance poetry. 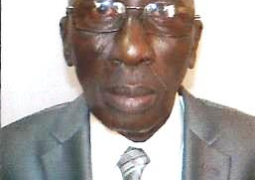 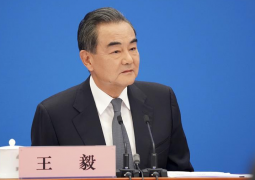 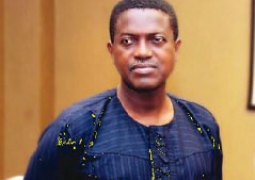