The suspicions of political greed are too great in the politics of The Gambia. Preaching what they are not practising appears to be the habits of many leaders and political parties. This is at the core of the frustration and anger of many Gambians.

Political greed has been embodied in the body politics of the country. It is what has benefitted politicians in their persuasion of the electorates through money and tribal sentiments in order to secure their confidence and support in elections. It is also the push factor which leads some politicians to mislead the voting public in matters concerning failed promises in agreements, shortfalls in governance, the state of the economy, general accountability in state functions, and in some cases, misrepresentation of facts in the furtherance of political ambitions. This is why, regardless of unfulfilled promises by their party and party leaders, the majority of unenlightened people still follow such deceitful parties and leaders without holding them accountable.

In the pursuit of power, politicians know no bounds to the politics of deception. We have heard Barrow say in an interview that in politics, one can say anything. We have heard the UDP leader assert that the President should serve a five-year mandate,only to later reverse his position by claiming that he should instead serve three years. We have heard the GAP leader claim that if provided with the opportunity, within ninety days, he will make the greatest impact of developing the country into a modern nation. The Gambian people continue to be trapped by the chains of political greed.We wonder about the direction in which politics is moving in the country.

There are about sixteen political parties getting ready for presidential elections in 2021. There will be lots of promises to canvass for votes and alliances. As usual, a majority of these promises will remain unfulfilled in the end and the people will find out that they have been deceived through political rhetorices. They would have already fallen in the chains of political greed. Therefore, voting for the wrong leaders and parties could cost us dearly. Taking into account the population dynamics, it will be important for civic education to be encouraged and pushed so that potential young voters can understand their rights and the dynamics of politics.There are so many parties that they would be forced to partner up or form alliances. It seems the big parties are already gearing up form alliances. It has been observed that the APRC is under the radar of political parties. Rumour further has it that the GDC, NPP, and UDP are independently attempting to form alliances with the APRC. If this is reflective of reality, then the APRC should reposition itself in the equation to remain relevant and competitive.

Strategically speaking, I believe the APRC, with a formidable candidate, should fight its own battles in the 2021 elections. My deepest concern about Gambian politics is the existing inclination towards tribal and regional politics. However, with strong articulation and forward-looking strategies, a party can bank on the dreams of the people to win elections. The APRC has the leadership record in development to back them to electoral success. Given the unpredictable political atmosphere from 2016 to date, it would be, in my opinion, a grave political miscalculation for the APRC to bank on the promises of political parties for alliances. In fact, it should be noted that the Coalition transition agenda never happened in the end. The tactical alliance agreement never happened in the end as each involved party put up their own candidates in the National Assembly elections.The coalition government/ UDP marriage never lasted in the end. Despite rumour having it that some political leaders may be having internal consultations regarding forming alliances with the APRC, no party has put its cards on the table as to the form of alliance it seeks with the APRC. It could be said, therefore, that we have a political scenario driven solely by the competition for leadership, and not for the alliance-driven conviction of politicians. In any case, it will be a strategic mistake to sideline party supporters and voters in the process of talks about alliances. We might as well be heading to a politically explosive atmosphere and Gambians must brace for any eventuality.

To move The Gambia forward into the next phase of governance, we must seek for men and women of capacity, integrity, vision and sincerity in the choice of our presidential candidates. We want to see a team in office that will deliver the utmost in service, development, and good governance. In this regard, I cannot agree more with Patrice Lumumba, who once said that “the tragedy with Africa is that those with ideas are not in power, while those in power have no ideas. When the people have a chance, they still vote for those with no ideas.” The Gambia must get it right the next time.The people must be liberated from the chains of political greed if we are to realize the much needed system change. 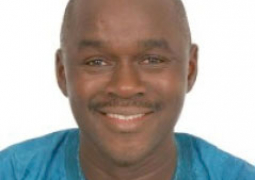