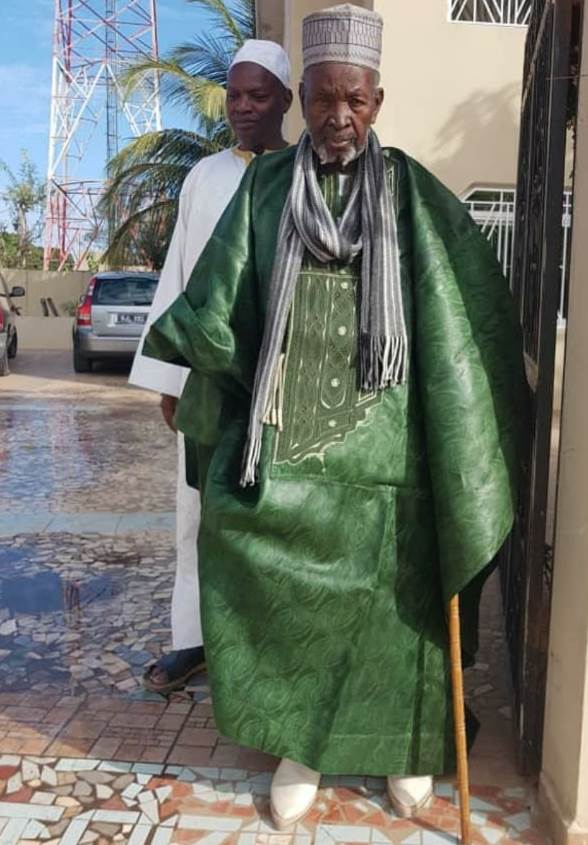 Saturday, august 21st, two thousand and twenty years after the passing of his namesake (Jesus Christ), the sun attempted to rise at 6am, but like an aircraft fatally wounded by heavy turbulence, it struggled and staggered under the weight of nature. And at 9am it crashed! No, it wasn’t the sun; literally. It was infact, the light of Kuntaya, the Torodo Imam seven times, Alahaji Essa Gigo, who fell, to rise no more, except for the soul.

Late summer 1928, Essa Gigo arrived on planet Earth in the village of Kuntaya. His father, Gibby Gigo, alongside a long lineage of grandparents were all Imams and religious scholars who hailed from the village of Demet near the border with Mauritania, in Senegal’s Futa region. Too soon, life turned too hard, because he lost both parents at a very early age. Orphaned, he shuffled from one custodian to the other; criss-crossing the Daras (Islamic Schools) of Senegambia. For those years, the young Essa would endure pain and hardship in the hands of others. There were times he wore the same shirt and trouser for a year; eat one meal per day, supplemented only by bush fruits; and endured the ruthless beatings- - sometimes with sticks laced with thorns- - of guardians who envied him outperforming their own children.

In one instance, a guardian bought all his children new clothes for Tobaski except him. Bitter, he rushed to the bush to scarvenge for remnants of Coose, which he later processed to Cous-Cous (chereh), which he carried on his head and walked nearly 40km to Barra. He sold the cous-cous, bought new clothes and returned. As fate would have it, that same guardian later became handicapped. And his victim, Alh. Essa Gigo, rather than being vindictive, chose to be his sponsor till his death.

IN SEARCH OF LIGHT

Education was his home, and he lived in it with great satisfaction. In his early teens, he conquered the Quran and the classical books before turning to a vast pool of studies in the Humanities and Islamic Science.

His memory, many would attest, easily rivalled a computer chip, and his critical mind in lockstep with the early Greek philosophers humiliating presumed intelligence and the intelligensia in bright noon, in the streets of Athens. Without exaggeration, Essa Gigo was a man of Immense Intelligence. But even more consequential, he was a man of substance.

The young Essa treasured knowledge, and he had knowledge: Yet, unlike many of his standing and era, he never even pretended he did; he never sought recognition, nor attention; he never ventured into grand MARABOUTISM. N0! Absolutely no false powers or claims of special gifts or knowledge.

Pa Alagie, also fondly called BA, was and remained what he was: Original and authentic, plain and simple. Instead of using the word of God to make a living, he chose to employ his sweat to earn a living

After exhausting his studies in the sub region, Pa Alhagi returned to Kuntaya in the late 50s’ and went to Makkah in 1959. In the year after, he became the Imam of Kuntaya, where he led prayers for 60 years.

IN THE VAULT OF VALUES

In his vault, he stored his values. They were not objects; they were instead invisible invaluables. Among them were a deep-rooted belief in holistic education, solid work ethic, spectrum-wide integrity, discipline, humility and empathy.

It is argued that, among the species, Man has emerged above all others due to his sophisticated mind. That intelligence of tall order, though, could be for all the wrong reasons. Consequently, the molecules that makeup that eloquent mammal, famously called man, must have other markers other than smartness. Slated another way, there are other ingredients in the recipe that must complete the humanness of mankind. For ease of argument, let’s call such ingredients values

Apart from the premium he placed in education and faith, work consumed all his passion. He was the farmer original, who produced crops for nearly 80 years, until the very moment he passed. Epic was his work ethic, which seemed like an import straight out of Asia. With such intense productivity, he soon built wealth out of farming.

Subsequently, he got into the business of buying groundnuts and trading commodities, especially during the dry season. For many years, he worked for the Gambia cooperative union, and even rose to become its president. The man with zero western education somehow knew how to balance the books of accounts as if he were a certified accountant. Truly, many agreed that he had a way with numbers ways ahead. No gain saying that if he had western training, he would have been a celebrated polyglot in the leagues of Cheikh Anta Diop.

Discipline too was a central theme in his life. This particular trait he inherited from his uncle, the late chief of Jokadu, Alagi Abou Khan, perhaps the strictest and best-known disciplinarian in The Gambia. Together they constituted a team that educated, drilled and cultured many a life much like a mechanic does with broken automobiles. They instilled the values of respect and hardwork, honesty and humility, faith and fair play, integrity and intellectualism in every student who passed through that corridor.

IN THE SERVICE OF OTHERS

Perhaps because he lost his parents too soon, BA developed a lot of sympathy and empathy for all people. For decades, he toiled the farms and literally gave almost everything away, every year. His children offered him countless opportunities to return to Makkah, but he refused; advising instead, to offer it to other well-deserving people who have not had the opportunity to perform Hajj.

BA even repeatedly declined the offer to rebuild his own compound in Kuntaya, advising again to use that money to help others in more dire situations. Generations of children passed through his hands. They were other people’s children. But he raised them well, fed them well, and educated them well. He treated them with the same level of care and dignity as his own biological children.

Such stunning revelations came only after his death. His philanthropic work was very extensive, yet quite discreet. For he sought no attention, no commendation, no reward. He was and will remain the unknown author of many works moving mankind, however, incrementally, towards a better place, in a better shape.

In between Kung and Kuntaya, in between the vast savannah grasslands stooped by the force of the monsoon winds, and the still stitched forest of beautiful flora and fauna, we your children stood there. We saw you walked past us, announcing in your signature voice—soft yet steel- “am going home, my final home”.

We tried to hold your hand helplessly; pleaded helplessly; prayed helplessly. Indeed the force that wrested you from our arms, it appeared, was bigger than all the energy Albert Einstein mustered into his famous equation. We knew who had spoken, who had decided, who was moving BA from our arms definitively.

So you walked, and walked away. The increasing distance kept decreasing the light. You walked away, you the gentle son of Kuntaya, the teacher of light and love, you walked away till you melted into the horizons, or more precisely, the Heavens! We suppose.

Generations to come will know that on this land lived a very frail man, vast in deeds and thin in talk. He was an honest, straightforward-man. Etched all over the landscape of this country was his example of what it means to be a good, disciplined and productive citizen who made a difference in the lives of others. They will learn his way and hopefully be inspired by his poetry.

Work, work is a virtue

Learn, learn to light the universe

Be faithful, Be polite, Be humble.

For sooner or later everyone, everything decays!

Struck by that note, I turned to my siblings to paraphrase the poetry of a better known Poet, Youssou Magigain Ndour. 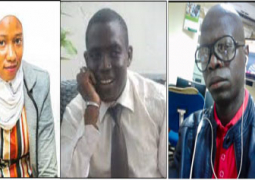