Roots Health Services, a United States-based non-governmental organisation (NGO) has again extended magnanimity with the distribution of over 16,000 assortments of surgical gloves to 13 health facilities in The Gambia.

The surgical gloves, which include both latex and non-latex gloves and 100 boxes of other surgical items, are worth nearly US$125,000 which is equivalent to over (D6 million dalasis).

The items were presented to the beneficiaries at a brief ceremony held at Bundung Maternal and Child Health Hospital (BMCHH) on Sunday.

The move came following calls for support amid shortage of surgical gloves sometime ago at major health facilities in the country.

Welcoming the delegation, Mamady Cham, chief executive officer (CEO) of Bundung Maternal and Child Health Hospital (BMCHH), commended the donors for efforts in mobilising resources to contribute to the development of maternal and health services in the country.

He indicated that this time around, their supplies include an assortment of 16,000 pairs of surgical gloves to be distributed among identified health facilities across the country.

These hospitals, he added, were identified based on the number of deliveries they conduct annually.

“I want to thank the donors for not forgetting their home country, as most of these items are very expensive. So on behalf of the recipients, I thank the donor for the gesture.”

Lang Conteh, a member of the Roots Health Services, on behalf of the donors, expressed delight to present the items for use in the country’s health facilities.

"It is difficult to put the exact value of this donation. However, we can estimate its value to be anywhere around US$125,000 to US$130,000, which is equivalent to over D6 million dalasi"

“We all shared the love of this country and the willingness to help in improving its health care through both voluntary technical services and collaborating and networking to contribute to the overall development of health care services in the country.”

Conteh however, underscored the importance of the items in reducing the number of infections or infection among patients, thus minimising surgical related complications.

The items, he added, are really highly needed due to the fact that surgical time is when patients are at their weak immune system and thus prone to a lot of infections.

“So anything we could do to help that such as these surgical gloves is very helpful.”

Though, in its early stage, Conteh spoke highly of the Seattle-based NGO, which he said, has already made tremendous impact on the country’s health sector as demonstrated in their earlier donations.

Dr. Momodu T. Nyassi, Deputy Director of Health Services on behalf of the Ministry of Health, thanked the donors for their benevolence.

He recalled that when Covid-19 global pandemic broke out two years ago, it exposed serious challenge to health care providers especially in containing further spread of the virus. However, he noted the pandemic has also enabled them to prepare ahead in case of future pandemics.

Dr. Nyassi reiterated that government cannot do it alone in providing quality health services, thus the need for collaboration from other stakeholders.

He equally spoke of their resolve to further collaborate with the NGO in strengthening quality health care services in the country.

Pa Boy Conateh, another member of the Roots Health Services, expressed delight with health officials, saying despite short notice they came out to receive the surgical items.

He also thanked all those who collaborated with them to make the presentation a success. 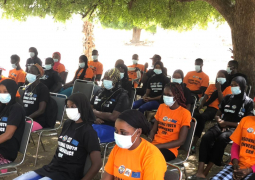 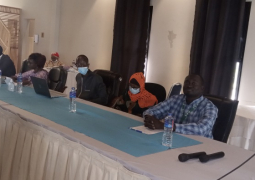 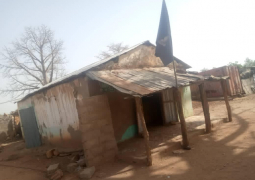 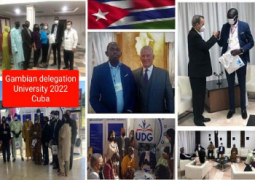