Soma and Farafenni are two busy settlements where under-aged children are continually ordered by their Arabic teachers or Qur’anic masters to go begging.

Our reporter spoke to some of the children both in Soma, Lower River Region and in Farafenni, North Bank Region to know their challenges.

The names of the children are protected due to fear of punishment from their heads.

One of them told our reporter that they normally move from Medina Angaleh and the surrounding villages in LRR to Soma for begging.

He added that his human rights and that of his colleagues are violated on a daily basis by the head of their Qur’anic school.

He therefore called on government to quickly rescue them from the difficult condition they are experiencing.

“We are really suffering. We wake up very early in the morning and collect pots and go to the streets begging people we believe have money. We also go to food sellers and beg them to help us with food to eat”, he said.

“It is a huge risk for me to give you my name. I will be seriously punished when I return to my school.”he added.

Another child who spoke to our reporter at the Farafenni market blamed parents and guardians for running away from their responsibilities but handing them over to those Qur’anic school heads.

He therefore called on government to help them escape their nightmare.

Sare Ngai in URR is another busy village for children especially on ‘Lumo’ days.

Our reporter also spoke to a child who approached him begging for money to buy food to eat. He said it is a force for every child to bring something to the ‘Dara’ at the end of the day or face punishment.

He some of them have complained to their parents and guardians to remove them from such bad conditions but they gave a deaf ear. 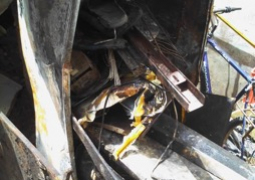 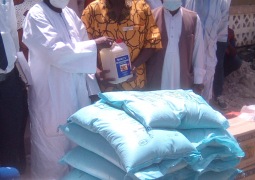 The Ahmadiyaa Muslim Jama’at mission in The Gambia on Thursday presented food items worth sixty-four thousand, seven hundred and forty dalasi (D64,740) to latest fire outbreak victims within the Kanifing Municipality. The presentation was held at Tallinding and Tabokoto respectively. 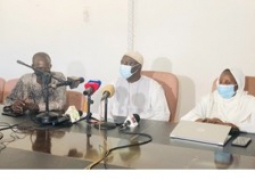 The Ministry of Health has embarked on a nationwide Covid-19 vaccination campaign targeting about 60% of the country's population.