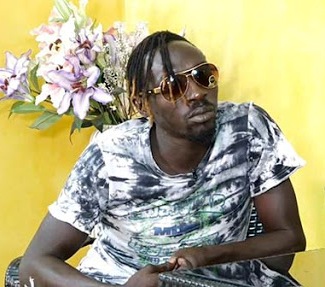 Recently, the picture made rounds on social media, where the singer was seen in an image on a cross like that of Jesus Christ. This received a huge backlash from the pubic especially the Christian community.

It was against this move that One Pac recently convened a presser to clear the air that he wasn’t in fact imitating Jesus Christ, but rather the sinner next to him who was also crucified along with him.

“My intention of posting that image wasn’t to cause mockery to my opposite faith, the intention was all about I been One Pac devoted by society and isolated by my community. There is a kind of torture I am going on and this is why I want to portrait.”

He added; “You just cannot condemn people for the fact that they do a mistake in their life and you just want to take that as an advantage in labeling them as a mad person. I was a sinner who has changed for good.”  He said.

He explaining that he wants his audience to understand that the Christian community has understood the issue and now everybody should let go.

“We want to organise a show and most of the promoters we are reaching out to, were like I don’t think One Pac will sell because of a mistake he did. My intention towards the image and how people see it was totally different, as I even went further to apologise to the Christian leaders and they did accept it.”

The rising rapper said he has now decided to change his music from explicit to preaching because knowing him and the life he lived in the past.

“I have realised that most of my followers are kids and ex-cons and therefore the society should support me on that and not to condemn me base on the mistakes I might fall in,” he pleaded.

As someone who has once live a criminal life while growing up, One Pac called on young people especially those on the streets to change their ways and start enjoying a good and normal life.

Therefore, part of his future projects, he said include school tours to have conversations with students as they have a defiled brain and need to be protected from a lot of intoxicants in the society. 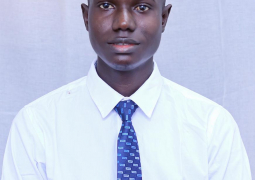 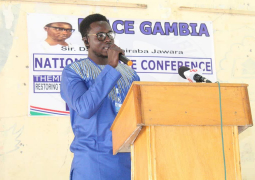 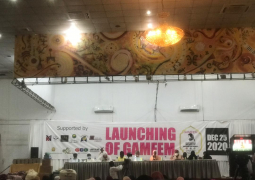 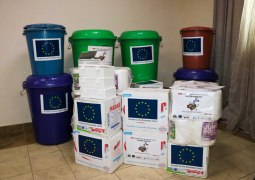 The European Union Ambassador to The Gambia said Covid-19 global pandemic has led to the prevention of thousands of students from going to school in The Gambia.