No Health Without Mental Health -The Gambia (NHMH-Gambia) a charitable organisation working in cordial relationship with the Ministry of Health in improving and increasing awareness of the populace regarding mental health, substance abuse and misuse disorder and prevention of such through advocacy and awareness campaigns recently partnered with the House Of Hope -Gambia under the stewardship of FkA, (Friends of Asylum Seekers) to implement a project on trauma treatment.

The project is funded by Schmitzstiftungen Germany to train individuals on narrative exposure therapy net, a treatment for trauma spectrum disorders.

The second phase of the narrative exposure therapy net training was an intensive 4 week training for Gambians from various walks of life.

Saffiatou Kinteh, Treasurer for NHMH-Gambia said the organisation was  formed in response to the growing need for mental health services in the country.

She added that they offer mental health services to Tanka Tanka Psychiatric Hospital as the only mental health facility in the country to extend to other communities.

Sanna B. Sabally, Country Representative for House of Hope Gambia said the project is geared towards helping people with mental health issues.

He highlighted that the importance of mental  health issues cannot be overemphasised in communities, noting that mental health  issues is beyond Government alone to handle.

He thanked the Ministries of Health and Justice for the facilitation of their registration.

He urged trainees to utilise the knowledge  gained and deliver it well but also avoid  anything  that can detraumatise their patients.

Adjongbant Bantawila, a trainer thanked House of Hope and a partner, saying the project has given them the chance to know those who are traumatised. 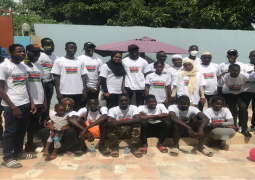 A group of concerned Gambians on Saturday gathered at the Brusubi Tranquil which also marked the launch of a new movement dubbed Gambia First. 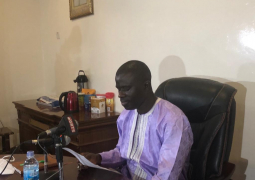 A 21-million-dalasi project designed to help improve data collection and identification of NAWEC obsolete or damaged equipment such as readable meters, transformer poles for upgrade and replacement has begun in earnest. 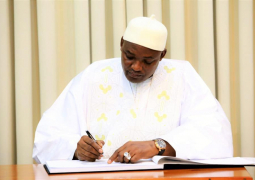