The theme for the nationwide outreach is ‘advancing women and youth participation in decision making and peace building’.

The nationwide outreach will take the NCCE tour party to communities in the West Coast, Lower River, Central River, Upper River and North Bank regions of The Gambia. It is being funded by UNFPA through its Peace building Fund and National Youth Council.

At the start of the nationwide outreach Alh.Serign Fye, chairman of NCCE said that landmark resolutions reaffirm the critical role of youth and women in conflict prevention, peace building, peacekeeping, humanitarian response, and in post-conflict reconstruction.

He underscored the importance of the equal participation and full involvement of youth and women in all efforts for the maintenance and promotion of peace and security.

Despite these, he observed that young people and women are often side-lined and largely seen as passive victims and are left to the backbenchers when it comes to making a decision that affects society.

Faye described the approach as not only short-sighted, but also ignores the diverse and complex roles and experience of young people and women in crisis-affected contexts.

He stated that research suggests that female politicians and leaders tend to place greater emphasis on social issues, saying more recent research shows that countries led by women are “systematically and significantly better” in terms of covid-19 outcomes compared to those led by their male counterparts.

To that end, NCCE chairman observed that this has amplified both the urgency and significance to encourage and allow women and young people to step forward and take charge of their rightful place in decision making.

He, however, recalled that over the years there has been major progress in terms of having young people and women in critical positions.

Also speaking, Lamin Sanneh, governor of West Coast region underscored the role of women and children in any nation’s development, declaring that they are the most vulnerable in society.“As such it is important they are educated on their fundamental rights and responsibilities.”

Governor Sanneh further describedthe dialogue as ‘timely’; hence there cannot be any development without peace.

He also called on citizens to see and put The Gambia first before self.

Alagie Jarju, acting executive director of National Youth Council (NYC) said women and youth suffer most in times of conflicts. To ensure peace in future, he said they’ve ‘have to build it today.’

He thus appealed to all particularly politicians to ensure that the sustenance of the country’s peace and stability. 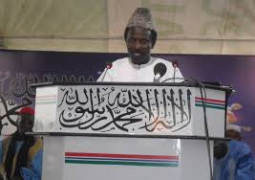 EIDUL FITR MESSAGE: RAMADAN, A MONTH OF  REFORMATION AND RIGHTEOUSNESS 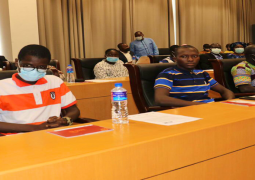 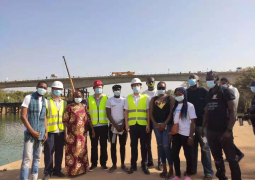 Post-graduate Diploma students of the Management Development Institute (MDI) alongside their tutors from University of The Gambia and MDI recently embarked on a field trip to the much-talked about Basse Bridge currently under construction in Upper River Region. 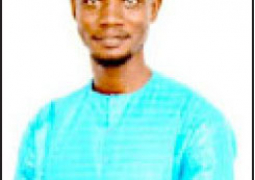 Award winning Gambian writer and scholar, Modou Lamin Sowe, who goes by his pen name, Modou Age-Almusaf Sowe, is set to launch his literary work titled- ‘Don’t Judge The Book By The Cover’ published in 2006. The book will be launched on the 7th of January 2022 at Ebunjan Theatre.