The minister of Youth and Sports has called on youth in the country to embrace and exploit their skills in farming, as it is a growing lucrative business. 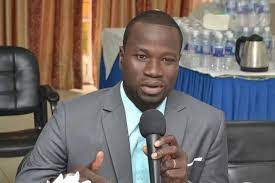 Bakary Y. Badjie was speaking on Tuesday during the pre-commemoration of the International Youth Day (IYD), which is slated for August 12, 2021.

Annually, August 12th, is designated by the United Nations as International Youth Day; a day celebrated by all United Nations members States to recognise the potentials and talents of young people as a non homogeneous group that has a significant role to play in the socio-economic and political development of any society and country.

However, the theme for this year’s IYD 2021 is: “Transforming Food Systems: Youth Innovation for Human and Planetary Health.”

Minister Badjie reminded that the theme for this year shows that there is a high need for the youth folk to galvanise efforts in making sure that they fight against hunger as well as create a healthy universe.

He called on those interested to be assured of government’s full time support at all times.

With the world’s population expected to increase by 2 billion people in the next 30 years, Sport Minister reminded that it has been recognised by numerous stakeholders that producing a larger volume of healthier food is more sustainable and will ensure human wellbeing.

“Another crucial challenges, such as the interlink ages embodied by the 2030 Agenda including poverty reduction; social inclusion; health care; biodiversity conservation; and climate change mitigation must also be addressed.  Committed to seeing that the young people are engaged in food self-sufficiency programs, the Government of the Gambia through the ministry of youth and sports and it development partners is making great impact at the Chamen Agricultural Centre (known as Gambia Songhai Initiative). This is a project that serves as a training ground for many young farmers. Today, we can proudly say that many youths are involved in agriculture because of this wonderful initiative. I must use this opportunity to call on youths to take up farming as it can be a lucrative business. Those interested can be assured of government’s support at all times.”

The Youth and Sports minister revealed that the National Youth Council and National Enterprise Development Initiative (NEDI) are the two satellite institutions under the Ministry that are part of the steering committee of the ROOTS Project of the Ministry of Agriculture.

“This project is specifically designed to help young farmers in the Gambia. Unlike other projects, ROOTS will provide grants up to 10 million Dalasis to aspiring young farmers who meet the requirements. The government is aware of the fact that most of our young farmers are financially challenged, thus the more reasons why projects like ROOTS are conceptualized and funding secured to provide assistance,” he added. 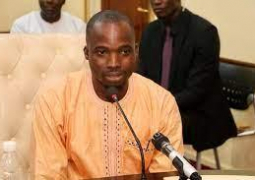 The National Assembly Member for Lower Badibou has declared his intention to contest for the seat again in the upcoming parliamentary election under the National People’s party (NPP) ticket. 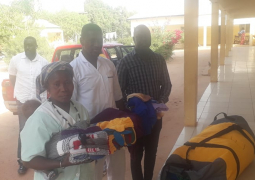 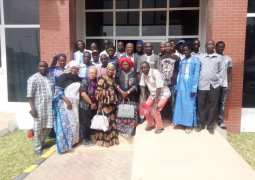 30 trained on handicraft at Gaye Njorro