At least 36 students and four staff at the Media Academy for Journalism and Communication (MAJaC), were recently capacitised on issues relating to tax administration.

The training convened by The Gambia Revenue Authority (GRA), was designed to raise awareness of participants to be able to have better understanding of  tax system and revenue laws in the country.

The one-day seminar, held at a local hotel in Senegambia, was supported by the United Nations Development Programme (UNDP).

Addressing the opening, Yankuba Darboe, Commissioner General of GRA acknowledged the role of the media and the Media Academy in tax administration, saying media practitioners play an important role in tax education programmes, something he described as key in promoting voluntary compliance.

DG Darboe expressed optimism that participants at the seminar would seize the opportunity to positively engage the resource persons with a view to understanding the mechanics of tax administration and the central role that GRA plays in that regard.

GRA boss revealed that prior to the seminar the authority also had an engagement with lawmakers, regional authorities, The Gambia Chamber of Commerce and Industry, tertiary education institutions, clearing and forwarding agents etc.

“This was done in series of programmes designed to deepen their understanding of the revenue laws and other administration issues in the past. I kindly urge you to make the sessions interactive by asking questions, and participating fully in the discussions that will take-place to enhance knowledge sharing and better understanding of tax issues,’’.

Essa Jallow, deputy commissioner General, GRA said the seminar was part of the authority’s strategic goal of stakeholder engagement, saying it is important to educate and sensitise the population on issues relating to tax administration.

“We know that we cannot achieve this goal without working with you closely as in your case you are on a daily basis engaged in sensitising and educating the population on economic, social and political issues which is a sine qua non for achieving increased citizens participation in state matters, holding governments to account by their citizens, increasing the democratic space which ultimately leads to good governance, socio-economic development and political maturity.” he remarked.

For his part, Sang Mendy, managing director of MAJaC, reminded that tax is everyone’s business and as such he challenged journalists to play a lead role in enlightening the public on tax related matters in the country.

“When journalists are grounded with the requisite knowledge and skills in tax-related matters, they effectively inform the public on what should be done. As would be employees due to pay tax through your employers, and as would be entrepreneurs hoping to own media platforms in future, it is important to know about tax and its related matters.’’

Mendy said training like that on special areas would only give his students a competitive edge when they graduate and become reporters.  “In sports, we call it catch them young.”

Madam Lucy Faye Jagne, GRA’s board chairperson and CEO Fyen Consulting Service, explained how the authority was able to improve its tax collection, saying the authority made a significant effort to collect over D1.2 billion a month.

This, she added, is a big achievement for the institution. 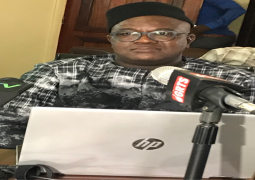 The executive secretary of The Gambia Competition and Consumer Protection Commission (GCCPC) has stressed the need for more regional cooperation and the need to adopt a more regional approach. 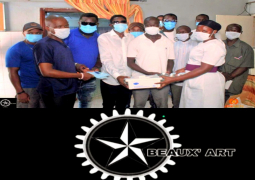 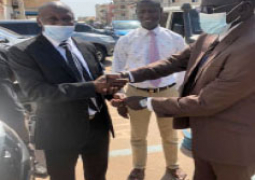 In their bid to complement the efforts of The Gambia Police Force (GPF), Mega Bank Gambia Limited recently repaired and presented the operational vehicle of the Fraud Investigation Department of the GPF at a ceremony held at the Police Headquarters in Banjul. 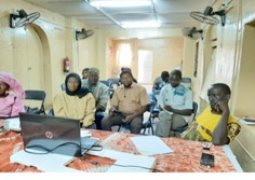 At least 41 heritage and cultural managers drawn from Banjul, Barra and Janjanbureh recently held a three-day virtual forum convened by the Heritage Management Organisation in partnership with the National Centre for Arts and Culture (NCAC).