At least 130 participants drawn from The Gambia Credit Union managers and volunteers on Saturday wrapped up a three-day forum meant to discuss the way forward in strengthening credit unions in the country.

The event, which is the first of its kind, was organized by The National Cooperative Credit Unions of The Gambia (NACCUG) at a ceremony held at its head office in Kanifing.

The event was held on theme ‘tackling emerging challenges for credit union suitability’.

During the three day convergence, participants were exposed to different topics which include production development, governance in credit unions and ICT security and system fraud detection.

At the opening, Foday Sanyang, General Manager of NACCUG, recalled that seven months earlier, they conceived the idea at the apex level, where they invited the credit unions to discuss the feasibility of this initiative for credit union managers and volunteers.

“A committee comprising NACCUG, and Credit Unions managers was tasked with working out the logistics of organising this event including the funding”.

This event, he added, could not have been possible without the support of credit unions and indeed it shows that in unity lies strength.

Sanyang explained that during the first day of the training, participants learned best practices from facilitators and the courses are designed exclusively to enhance experience and professional skill in their daily tasks in the credit unions.

Speaking on the sideline of the event, Babucarr Joof, General Manager of The Gambia Teachers Credit Union, who doubled as one of the facilitators of the training, said volunteers and managers are working towards achieving the same goal despite performing different functions.

He explained that those in the governance have responsibility to ensure the instrument that managers used are relevant and conductive.

“Thus this forum is an opportunity for the two parties to understand how important are they to each other, by understanding our roles and responsibilities, we will better serve the movement well.” 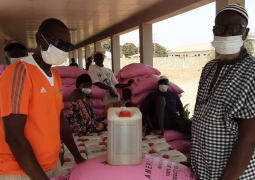 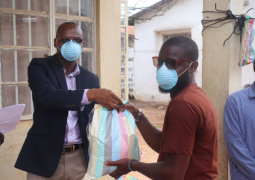 Banjul – “I came to The Gambia to sell bitter kola. I am a businesswoman; this is what I do,” explained Adaoby Thomas from Nigeria. Each year, The Gambia traditionally welcomes thousands of cross-border traders from West Africa. 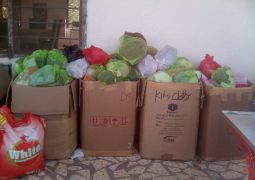 Sharing Wonders, a United Kingdom-based charity on Friday donated dozens of learning equipment to St. John’s School of the Deaf. 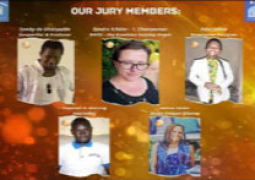 Raise-Up Gambia Helping Hands, a charitable organisation based in Germany, with its sub-office in The Gambia is set to organise a Designers Concert for ten Graphic Designers selected from different designing institutions in the country.