The Climate Change Secretariat with support from the Long Term Strategies National Coordinator and Pakau Consultancy, on Saturday 23 April 2022 concluded a two-day workshop as part activities geared towards the development of Gambia`s Long Term Climate Strategy (LTS), at Halahin Eco Lodge in Kartong.

The workshops covered 3 sectors - Energy, Agriculture and Forestry, exploring which would need to go to net zero greenhouse gas emissions, and to elaborate on some of the policy actions that need to be taken.

Data used for existing models and quantification exercises were presented on the three sectors by different experts and discussed by the participants.

In an effort to put long-term goals of the Paris Agreement into practice, countries are invited to formulate and communicate “long-term, low greenhouse gas emission development strategies” (LT-LEDS), also referred to as Long Term Strategies (LTS). These are visionary plans for achieving low-carbon, climate-resilient societies out to 2050.

Momodou Mbye Jabang, permanent secretary for the Ministry of Environment, Climate Change and Natural Resources (MECCNAR) in his closing remarks described the engagement as a very important milestone in the LTS elaboration process, adding that the meeting was given the due regard by the participants as was expected of them.

Some key things have emerged that the senior policy-makers need to take seriously, pointing out that timely collection of data and its availability in The Gambia should be revisited.

PS Jabang however expressed delight with the level of participation by participants, noting that they looked forward to the Tourism, Transport and Waste management sectoral workshops as his ministry forges ahead with the development of the LTS.

“We still want to maintain our position as a front runner in putting out very solid documents as far as climate change is concerned by mirroring our achievements with the NDC,” he also said.

He further said that, since the launch of the LTS process after COP26, their target is to have a completed LTS document by COP27, noting that, so far the timelines they set have been observed and they hope to remain on course.

Juldeh Ceesay, Deputy Permanent Secretary Projects of the Ministry of Finance and Economic Affairs (MOFEA), representing the Permanent Secretary MOFEA, said the recent IPCC report confirms that Africa is the most vulnerable to climate change by all metrics, which serves as a reminder to all of us that we must act now, to protect our economy and communities from the looming climate emergency.

She urged the three sectors to ensure they create synergies and linkages between the upcoming Green Recovery-focused National Development Plan and Long-term Vision (Vision 2050) as well as the Long Term Strategy.

She stated that the alignments and synergies are an important step towards a more coordinated implementation of the Paris Agreement, and lays the groundwork for the whole-of-government approaches to addressing the country’s climate crisis.

She further said that her minister would also support the full integration of the LTS into the country’s domestic strategies and policies, better supporting community needs and priorities as well as resource mobilisation.

The event was moderated by Ebrima Jawara, Deputy Permanent Secretary Finance and Administration of MECCNAR and LTS National Coordinator and facilitated by Alpha Jallow, Director of the Climate Change Secretariat, Francis Mendy, Director of the Department of Planning at Ministry of Agriculture, Mohammed Jaiteh, Director of Forestry and Dr Adama Gassama Jallow of the Ministry of Petroleum and Energy. 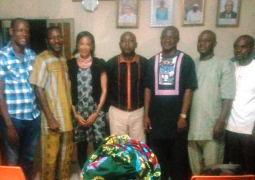 After almost 22 years of existence contributing to the country’s economic and education sectors, the Yoruba community in The Gambia on Sunday elected its new executive. 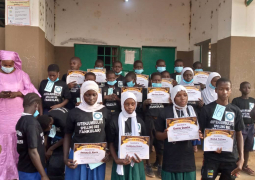 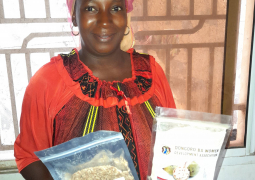