The theme for this year’s event is ‘She Trades and Women Entrepreneurs in the new normal.’

Among the features of the event was a panel discussion with representatives from government, She Trades Gambia, and women entrepreneurs among others, who highlighted key challenges and recommendations for an effective business recovery from the pandemic to be able to contribute effectively to gender equality.

The WLF in the past has established itself as one of the key events in The Gambia's annual calendar highlighting the remarkable achievements of women.

The event attracted hundreds of participants, featuring a diverse group of women from various backgrounds and age groups.

Speaking at the event, Seedy Keita, minister of Trade, Industry, Regional Integration and Employment said that empowering women through trade can be an effective driver for the economic inclusion of women and has the potential to reduce poverty.

“Enabling women to participate in trade and improving the performance of micro, small and medium enterprise can translate into the largest share of active labour force.”

However, Trade Minister underscored that unlocking the entrepreneurial potential of women would go a long way in alleviating poverty among women as the hardest hit.

Fatou Jallow, Business Associate at the Bridging Gaps Advisory noted that this year's WLF being the fourth edition is special and distinct due to their partnership with She Trades. The team has worked tirelessly in the past days and months to ensure that the forum takes place.

She thanked all those who contributed towards the successful conduct of the event. 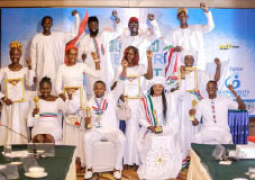 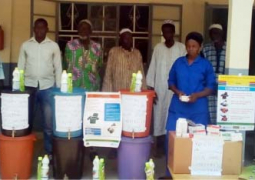 Concerned Citizens of Jokadou Bakang on Saturday donated sanitary items and medicine to the village and its health clinic.

The Gambia has registered 330 new cases of covid-19, bringing the total infection since 16 March 2020 to 11,122, according to latest information from the Ministry of Health. 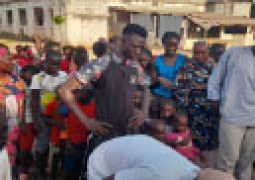