Lawmakers at the National Assembly on Monday referred the appointment of President Adama Barrow’s new choice as Ombudsman in accordance with section 164(1) of the 1997 Constitution to the Public Appointments Standing Committee (PAC) for proper scrutiny.

The motion for Bakary Sanyang’s appointment was tabled before the lawmakers by the Vice President Dr. Isatou Touray months after a previous nominee was rejected.

In December 2019, legislators rejected the appointment of Baboucarr A. Suwaneh as Ombudsman on the grounds that the holder of the position should be of substantial administrative or investigative knowledge and basic legal experience after he was scrutinised by the Public Appointments Standing Committee.

Prior to the deferment on Monday, Hon. Halifa Sallah, the member for Serrekunda, moved the motion pursuant to section 53 (c) of the National Assembly Standing Order for the motion to be referred to the PAC for proper scrutiny.

He explained the purpose for the scrutiny, saying the choice is serving a public office and he needs to resign from that post before the members confirm his appointment.

The Serrekunda lawmaker recalled that the first nominee by President Barrow was rejected. However, he signaled that this time, the pick could get an appointment but needs a proper procedure.

The motion was seconded by Alhagie Mbow, the member for Upper Saloum.

As part of strategies designed to eliminate further spread of measles in the country, Ministry of Health through the Expanded Programme on Immunization (EPI) with support from partners such as Vaccine Alliance (Gavi), World Health Organization (WHO), UNICEF and Centre for Disease Control (CDC) has embarked on a six-day national integrated Measles-Rubella vaccination campaign. 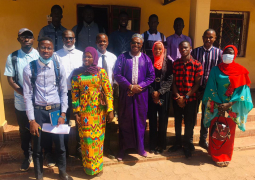 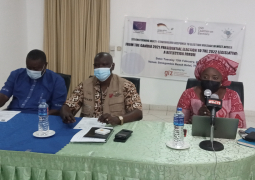 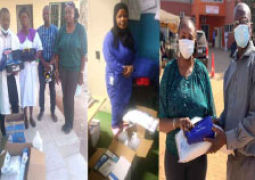