Mr. Bah said they wanted the Finance minister to tell Gambians the reason for the delay in approval of the project.

He said back in January, he introduced the project to President Adama Barrow. According to him, President Barrow accepted the idea and he also expressed his support for the project.

“The project will be stationed in the community of Kiang Karantaba in the Lower River Region (LRR). We would build 20,000 houses for our employees because we want to make sure our employees stay in the center without traveling from Kombo to Kiang,” he said.

“I want to ask the Finance minister what is keeping the project from approval because I find it very unfair for me to be invited here and after bringing back my family from the U.S., yet we are waiting for the project to go live,” he complained.

He said investors are ready to invest U$325 million. In 90 days if everything goes well, they would have the funding and then start employing Gambians.

The CA president further said: “Right now, we are in the position of giving security for the project. The land is not the problem; we need security for the investment. Every investor that comes to a country needs security. We need government to give us security and what the security investors are asking is 40% of the total investment.

“The investors will be shareholders and the country is not paying back anything. It is structured as a loan simply for security reasons,” Bah told journalists.

“For my assurance I have told the president that if they have issues with my partners or in trusting whether we can deliver, I am ready to be taken to jail and the only thing I need is access to internet to speak to my investors and if the project doesn’t go live, I remain in prison,” he noted.

Mamour Mbenga, the moderator at the press conference said the country is at a state of trauma. “The Youth are frustrated and this is a great opportunity that the country should not allow it to go in vain,” he added.

He said the project will impact the country significantly if it is successful. “We should not let it go because the implementation of this project will also reduce the rate of irregular migration.

He added that the CA has followed due processes and has met relevant authorities as well as sent the proposal to the PPP Department since it is a PPP project, and “after reviewing the project, they advised the Finance Ministry to go ahead with the project.”

Continental Africa LLC, a U.S. based registered company in Delaware is a holding company for separate sub-corporations created in each of the countries where operations are envisioned in Sub-Sahara Africa.

The project highlights the following:

The cultivation of 30,000 hectares of land, create 90,000 permanent jobs and U$325 million investment. It will also construct a biodiesel plant that will generate clean fuel without pollution or destroying the natural environment and landscape of The Gambia.

It will also establish beekeeping to increase crop yields, build schools, shopping center, hospital for workers and food processing factory among others.

Commissioner General Yankuba Darboe of the Gambia Revenue Authority (GRA) has stated that despite the hardship across the world, GRA is still committed to achieving the D13.5 billion as annual revenue target tasked by the government for 2022. 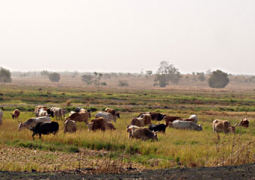 “In an environment of restraint, responsibility, social cohesion, tolerances, supporting each other, open-minded and believing that democracy is the only way out and that this election is constitutional mandated and the public is ready to receive both the winner and loser, the December 4th presidential election will be peaceful.”