Touray is accused of intentionally killing former finance minister Ousman Koro Ceesay in June 1995 during the military rule. The former military officer who later on turned to become a politician denied any wrongdoing.

The prosecution lawyer was only able to ask one question to Mr. Touray. In response to Yusuf’s question as to which vehicle he was in when going to the airport, Touray said he was in the same vehicle with former Chairman and President Yahya Jammeh.

Earlier, Lawyer Abdoulie Sisoho had led Touray in his examination-in-chief.

Touray said people used to come to his home to watch movie because he had a television and a standby generator.

“Apart from your family who else was there at your house, “Lawyer Sisoho asked.

“My mates were there and the guards. Some of my neighbours were there watching television in the house.I was among the few privileged to have a TV and video player including a standby generator,” Touray replied.

Sisoho further asked Mr.Touray whether his guards were on duty on that particular day.

“The Guards were on duty and posted,” Touray answered.

He said Alagie Kanyi, the principal witness in this case lied to the court when he testified that he was left at his (Touray’s) residence from 7 p.m. to 12 a.m. together with one Jatta.

“Have you ever abandoned your house at Kololi and where you lived with your family and guards,” Lawyer Sisoho asked.

“I have never live in Kololi,” Touray said.

“Have you ever abandoned your family and guards in your house in Kerr Sering,” Sisoho asked.

Touray responded in the negative. He told the court that on the day former President Yahya Jammeh was leaving the country to Ethiopia, he did not see Alagie Kanji.

“Mr. Touray, Mr. Kanyi told this court that yourself, Edward Singateh and Peter Singateh came with Koro Ceesay in your house,” Sisoho said, and in response, he said “no”.

He answered in the negative, saying he did not beat Koro Ceesay.

“Mr. Touray, apart from seeing Koro Ceesay at the airport, did you see him after the departure of the President?” Sisoho asked. Yanks answered in the negative.

The case was adjourned to 1 March 2021 at 1 p.m. for the continuation of cross-examination of Mr. Touray by the prosecution lawyers. 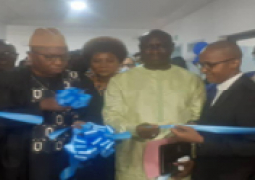 After years of operations at the United Nations Building in Cape Point, Bakau, the International Monetary Fund (IMF) yesterday finally outdoored its new office complex in The Gambia located at No1 Paradise Beach Place at Senegambia, Kololi. 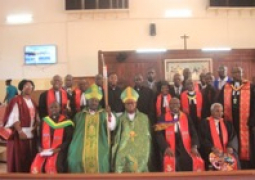 The Methodist Church of The Gambia ordains and commissions ministers, evangelists and lay workers

The Methodist Church of The Gambia (MCTG) ordained one Minister, two probationary Ministers and commissioned two Evangelists and two Lay Workers at the Trinity Methodist Church in Serrekunda on Sunday 16th October 2022. 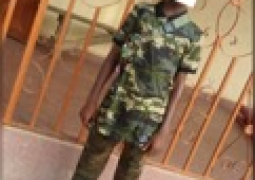 The danger posed to life, property and livelihood by malevolent and unregulated sand mining activities at Gunjur beach became a reality when two boys lost their lives on Wednesday 28 September 2022 while attempting to cross a trench dug by sand miners.