Senegal, Ghana and Nigeria committed troops, arms and resources to lead the intervention. It is for such reasons that a victim-led CSO is seeking Senegal’s active role in supporting the implementation of Truth, Reconciliation and Reparations Commission, (TRRC) recommendations in The Gambia.

Africa Network against Extrajudicial Killings and Enforced Disappearances (ANEKED), in collaboration with the Institute for Human Rights and Peace, Cheikh Anta Diop University and the University of the Gambia Student Union Tuesday, 10th August 2021 held a conference on “Achieving Accountability in Africa”. This event brought together young people from both universities as panellists along with human rights advocates from both countries to discuss how accountability for human rights violations can be achieved in Africa and the role that Senegal could play in the post TRRC transition of The Gambia.

“After two and a half years of deliberations, over 2, 000 victims of human rights violations were registered in The Gambia. 204 persons were confirmed killed during the TRRC hearings when 392 witnesses testified in public. The world cannot allow such a history to be repeated,” said Sirra Ndow, Country Representative of ANEKED.

The event is a part of National Dialogue series that ANEKED launched in The Gambia last year, around the theme “Religion, Accountability and Healing”  because religion played a big role in people’s lives and Yahya Jammeh used it to manipulate, cause panic and prey on people’s innocence.

“But religion does not preach forgiveness in a vacuum. Forgiveness does not mean impunity. Even if victims forgive perpetrators, it is the responsibility of the state to pursue justice for these crimes in order to send a message against impunity,” Mrs Ndow explained. “Accountability is not just an issue in The Gambia, but also for Africa in general. Thanks to porous borders, perpetrators of grave crimes against humanity can move from one country to another in attempts to evade justice. Senegal therefore has a role to play in the post TRRC recommendations of The Gambia, especially given that six Senegalese citizens were reportedly killed in The Gambia on the orders of Yahya Jammeh” she maintained.

Senegal already has Extraordinary African Chambers, established by a Statute annexed to an Agreement between the African Union and Senegal. This Chamber defines and also cites Senegalese Law that applies in cases not provided for by the Statute. It was established to try persons “most responsible” for international crimes committed in Chad from June 7, 1982 to December 1, 1990. Hissene Habre’s trial began on July 20, 2015. He was found guilty in May 2016 of various crimes against humanity, including rape, torture, among other war crimes.

The Director of the Institute for Human Rights and Peace at the University of Cheikh Anta Diop, Prof. Sidy Alpha Ndiaye, recalled that Senegal’s role during Yahay Jammeh’s regime was very important, from the swearing in of President Barrow in Senegal to the ECOWAS military intervention supported by the African Union Peace and Security Council. Besides the humanitarian burden it carried for the displaced refugees, there are peace and security implications for Senegal in post TRRC transition of The Gambia.

“However, it is not up to us to decide the guilt or innocence for the crimes exposed by the Gambia’s truth commission. Rather, our role is to make an impartial assessment of the justice and accountability options in Africa,” Prof Ndiaye said, stating that peace and security can be impacted by armed conflicts through the violations of the Geneva Convention but it can equally be impacted by human rights abuses, violations and extrajudicial killings.

In pursuit of justice and accountability in the continent, the Professor said that the international criminal justice system becomes the most popular instrument. Luckily, Senegal has a universal jurisdiction mechanism that was utilized to pursue crimes committed in other countries not because they were committed in Senegal but because they are universal in nature.

For Mr Ousman Jasseh, President of University of The Gambia Students’ Union, what happened in The Gambia constituted a crimes against humanity as far as he is concerned. “A brutal regime characterized by crimes of disappearance, torture, arrest, detentions and false imprisonment… there was no peace in The Gambia. You may argue there was a lack of armed conflict, but crimes were surreptitiously committed against the civilian populations for two decades. Sordid revelations during the TRRC hearings means there was no peace in The Gambia.”

“Today, there are hundreds of victims in Banjul, Serrekunda, Soma, Brikama and Basse waiting for justice. Hundreds of perpetrators walk the streets free and outside justice and accountability parameters and the victims are wondering why. It is the responsibility of both The Gambia and Senegal to pursue accountability for these crimes that affected lives of people of both countries,” he added.

“Students of tertiary institutions of The Gambia will demonstrate a commitment to this cause, and we will stand by the victims of these violations while allowing statutory bodies to interpret and apply laws to the letter. We, as students of UTG are committed to this. We will demonstrate in words and deeds,” he said. 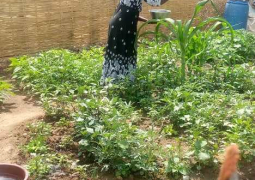 The community of Sarre Ngaba in Wuli West District, Upper River Region of The Gambia have embraced backyard gardening after benefiting from a cash transfer being jointly rolled out by the World Bank and The Gambia government. 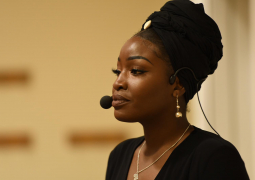 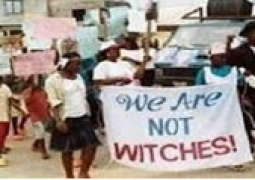