Mr. Ceesay made this statement in an interview with The Point recently at the Trade Union Bureau’s head office in Kanifing. He said a ferry service in any country; especially in the peculiar situation of The Gambia which is divided into north and south by the River Gambia is a social function.

He described the ferry services in The Gambia as a social necessity, saying it ensures the movement of people from one end to the other.

He lamented the present poor situation of ferry services, which he said is causing serious inconvenience for passengers; and thus called on the present management to do more in order to alleviate the difficulties that passengers encounter at the ferry crossing points.

“Unlike road transport, the ferries are subjected to different operational conditions: rough sea, high winds, and other sea perils, and as such, the ferries must all  times be in a satisfactory state of repair and sea worthiness bearing in mind the lives and properties that the ferries are handling on a daily basis.”

“This is no small issue and that there must be professional efficiency in running these ferries. Regular maintenance must be established. The ferries should have a regular maintenance schedule (engineering and structural) so that they will be sea worthy at all times and that safety is guaranteed.”

“Establish a ferry time schedule so that people know when there is a service and when not.”

“The government should support the management to ensure a buoyant ferries service across the country.

Mr. Ceesay told The Point that he has great reservation for the types of engines being used with the present ferries. However, he points out that engines and shuttle systems of the Banjul and Nuimi ferries were much more efficient and reliable.

“I view the nature of the approach channel (manmade) at Barra maintenance dredging must be carried out at all times to ensure safety for the ferries and passengers onboard.”

Mr. Ceesay recalled that during his tenure he had argued against the World Bank recommendation to privatise the ferries on the grounds of their social functions and thus privatising them could constitute a security risk.

“The government bought my argument and decided not to private it but made the biggest blunder of amalgamating it with the GPTC which led to a disaster for the ferries and GPA had to start all over again.” 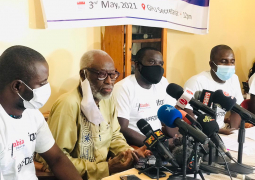 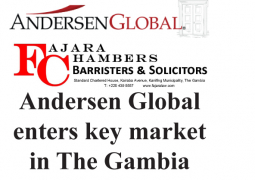 Andersen Global announces its entrance into the Gambian market by way of a Collaboration Agreement with Fajara Chambers, a law firm based in Fajara, continuing its rapid expansion in Africa which serves as an integral part of the organization’s global presence. 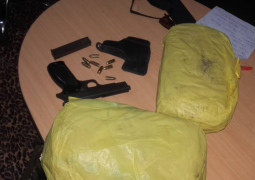