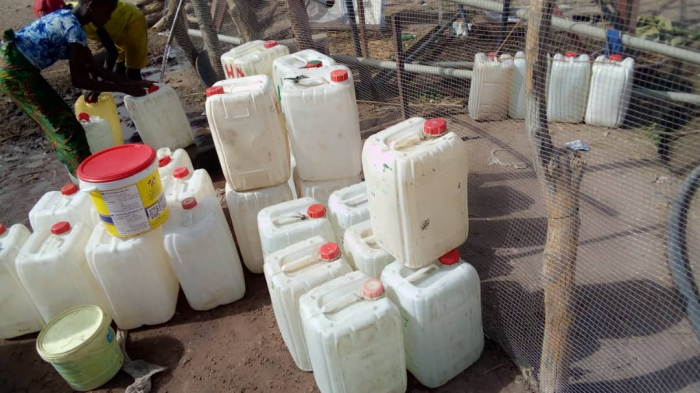 The villager made this remark in an interview with this medium over what he claimed is inadequate water supply in their community.

“If we do not have our needs before the next elections we will not cast our votes,” Sheriff Sallah, chairman of Raneru Village Youth Development (RVYD) told The Point.

He said his village has about 77 homes but it encounters very difficult water challenges at this point, noting currently both the people and livestock use the same borehole for water.

Sallah noted the livestock borehole is about 200 meters away from the community but despite that distance, the residents have to carry gallons of water on heads as well on donkey carts to their various homes.

Alh. Adama Talla, chairman for the Village Development Committee (VDC) said: “We do not have water at all because we now depend on the cattle’s borehole to get water. It has no taps. It only has a pine that goes to reservoir.”

Therefore, he said the villagers have to fetch water from that pine for drinking and other domestic uses.

“We also have opened well in the village but that water is not good. The women have to sieves it severally before putting into the jars for drinking,” he said.

He said they believe casting votes for politicians is not essential for them because they always put people in office but in the end nothing comes out of it.

“We will boycott election because we are just voting for people in vain; therefore, abstaining ourselves from voting is better for us,” he expressed.

Sainabou Camara, resident of Raneru: “The lack of sufficient water supply in the village has affected us so severely because we do not have adequate water in our homes.”

“We are suffering a lot because some of us have to carry water from the borehole to our various homes,” she said.

They all called on government and nongovernmental organisations to come to their aid.

For his part, Ebrima Sowe, councilor for Karantaba ward of the Sami District, said the Kuntaur Area Council (KAC) lacks the financial capacity to provide boreholes for the people. However, he was quick to add that, he was working with central government to make sure there is sufficient water supply in his ward. 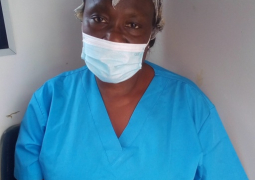 ‘Every sexually active woman should be screened for cervical cancer’

Frances Ndiaye, head nurse at the SOS Mother and Child Clinic has said that every woman that is sexually active should be screened to prevent Cervical Cancer. 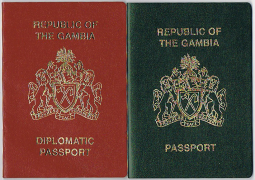 Commissioner Olimatou Jammeh, the head of the Diplomatic Passport Unit of the Immigration Department on Monday testified in the diplomatic passport case involving Mansa Sumareh and Ebrima J. Sanneh.