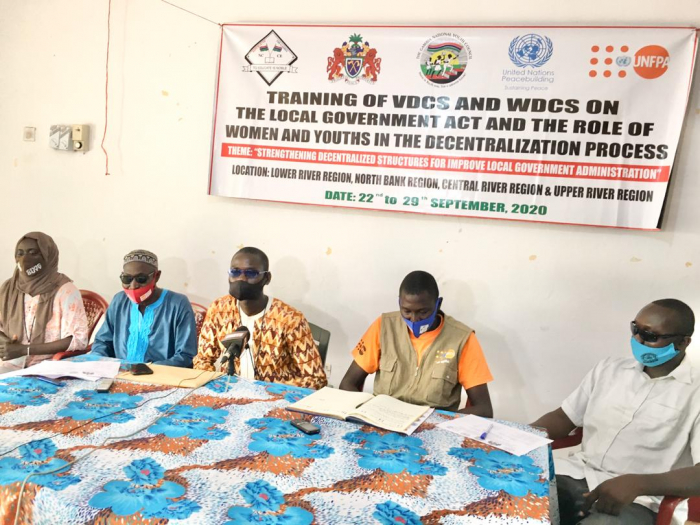 The training supported by the UNFPA The Gambia under the peace building project is aimed to increase the understanding of WDCs and VDCs on the Local Government Act.

Beneficiary regions are Lower River, North Bank, Central River and Upper River regions. The training also covers the Local Government Act and the role of women and youths in the decentralization process and covid-19 prevention.

The theme for the trainings is ‘strengthening decentralized structures for improved local government administration.’ 40 VDCs and WDCs would be trained in each region.

Bojang noted that the training is to ensure VDCs and WDCs are reminded of their roles and responsibilities towards community development.

According to him, when one’s development is delayed or denied, it compromises peace. He further said that if we all fulfilled our responsibilities without defaulting on others, there would be sustainable peace.

He urged participants to take the training seriously and ensure they share the knowledge gained with those not fortunate to be part of it when they return to their respective communities.

Bakary Juwara, National Program Associate UNFPA said their mandate is to deliver a world where every pregnancy is wanted, every child birth is safe and every young person realises their potential.

He added that if VDCs and WDCs are not well structured it brings difficulties among communities, saying VDCs should have action plans on how to bring development to their area.

He also said that VDCs should comprise youth and women to ensure everybody’s aspirations are captured and also ensure they fully participate in community development projects.

Tumbul Jobe, deputizing for the chief of Kiang East hailed NCCE for reminding VDCs and WDCs of their roles and responsibilities towards community development.

The NCCE was created as an independent non-partisan Council under the Constitution, to design and co-ordinate Civic Education programmes and to serve as the advocacy component to the National Governance Programme. It envisions a politically enlightened citizenry based on the principles of democracy and good governance as enshrined in the Constitution and other international legal instruments. 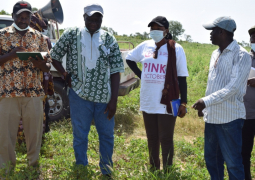 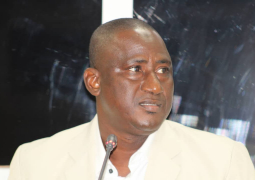