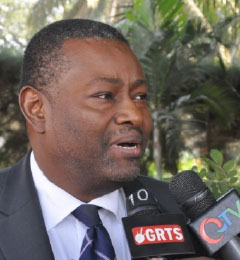 The full statement issued by the Commission reads below:

The National Human Rights Commission has learned with grave concern the arbitrary arrest and the unlawful detention of one Nenneh Freda Gomez and Lamin Sey by officers of the Gambia Police Force.

According to reports and information gathered by the NHRC, Nenneh Freda Gomez, the Country Representative of Global Hearts of Medical Mission (GLOBAL HOMM) and a staff of the same Mission, Lamin Sey, were initially arrested and charged with 2 counts of malicious injury to property and criminal trespass by the Inspector General of Police. They were subsequently granted bail but the charges against them never proceeded before the courts. As a result, Ms Gomez filed a case before the High Court challenging the legality of her arrest. The High Court ruled on Wednesday 17th November 2021 and declared that their arrest and detention was unlawful and contrary to Section 19 of the 1997 Constitution.

Taking note of the High Court judgments in the matter, The Government of The Gambia is hereby urged to respect Court decisions/orders as required by law. The practice of arbitrary arrests is unacceptable in a democratic society, and certainly are a threat to respect for fundamental human rights particularly the right to personal liberty as well as the right to property which are guaranteed by the 1997 Constitution and other international human rights instruments ratified by The Gambia. Disregarding or refusing to enforce Court orders and judgment by primary duty bearers, especially law enforcement officers, is not only an affront to the independence of the Judiciary but also a great threat to the rule of law and good governance.

The NHRC hereby calls upon The Inspector General of Police and the Attorney General and Minister of Justice to respect the rights and freedoms of Nenneh Freda Gomez and Lamin Sey as guaranteed by the 1997 Constitution and to avoid actions that compromise the enjoyment of their human rights and freedoms. We hereby urge the Inspector General of Police to immediately and unconditionally release both Nenneh Freda Gomez and Lamin Sey.

While the NHRC acknowledges the important role of law enforcement in the protection of life and property, their conduct should be in line with the letter and spirit of the Constitution. Law enforcers have an obligation to respect and fulfil the fundamental human rights of people, and to duly respect and enforce Court decisions and judgments. 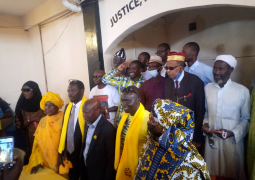