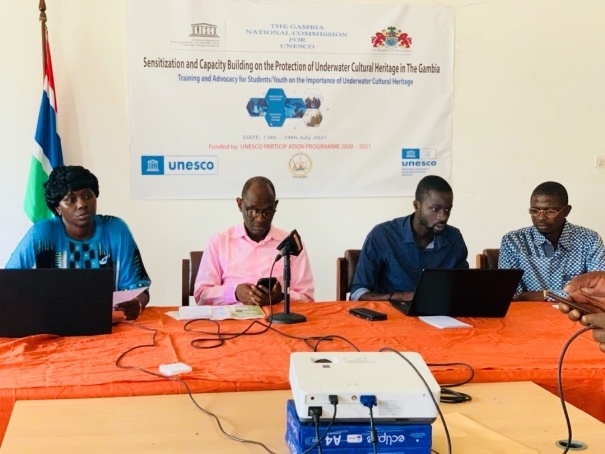 The forum was funded by “UNESCO Participation Programme 2020-2021” to train students from various primary to senior secondary schools on the importance of Underwater Cultural Heritage at the Regional Education Directorate Region 1 in Old Jeshwang.

“We want Gambian people to be aware of the convention and for it to be ratified by the National Assembly as signing it would be very important.” According to him, once you adhere to a convention, you are protected. But failure to do so, he added, one cannot be protected internationally.

He added that the convention has funds which his institution can work with NATCOM to train particularly the underwater archeologists, adding that the underwater heritage is there but they cannot be seen because of lack of qualified personnel to dive into the River Gambia.

The senior programme officer of UNESCO NATCOM, Lamin Jarju, giving a statement on behalf of the secretary general of UNESCO NATCOM Gambia Office, said that the River Gambia was one of the first European trade routes in Africa since 1446; as it began as a deep estuary navigable by ocean-going ships for 120 miles upstream and for 80 additional miles by smaller ones; making the river the most navigable and busiest in the continent of Africa until mid 1800s.

According to him, The Gambia National Commission for UNESCO was happy and grateful for the support of UNESCO’s participation programme for funding the project.

He disclosed that a large part of Gambia’s shared heritage, the remnants of human actions, habitats and encounters are found in locations which today, are covered by seas, rivers or lakes as naval conflicts led to the sinking of vessels and fleets leaving important, comprehensive and untouched testimonies to our past lying in the deep.

“It was a scene of many battles between European powers fighting over trade rights between 1400 to 1600s as well as for the control of the Kunta Kinteh Island. The Island, which is a UNESCO world heritage site, is today a symbol of the inhumanity of slave trade and a site of the memory for the hardship suffered by Africans,” he highlighted.

“Protecting and sharing our heritage is a key driver to fostering mutual understanding and a more perfect knowledge of each other’s lives. Our history and heritage are part of who we are. They are major components of our identities and provide ways of defining ourselves as social groups in interaction with other groups and with the environment,” he revealed. 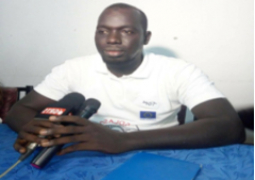 Tom Senghore, head of horticulture research programme for National Agricultural Research Institute (NARI) of The Gambia has called on all and sundry to purchase onions from local producers to empower them economically.

The Office of the Clerk of the National Assembly of The Gambia has been duly informed by the United Democratic Party (UDP) of the selection of leadership of the minority.