At the launch, Muhammadou Lamin Jaiteh, on behalf of the minister of health, described the launch of the National Immunisation Technical Advisory Group, as a milestone in government’s effort in improving the health and wellbeing of Gambians particularly women and children.

“National Immunisation Technical Advisory Group would help the ministry of health and government in sound scientific evidence-based decision-making, through the introduction of live-saving vaccines into our national routine immunization schedule.” he said.

Jaiteh acknowledged that NITAG demonstrates government’s collective resolve in ensuring that the country is free from the dreaded menace of vaccine preventable diseases through all possible means.

The government of The Gambia, he said, has strengthened its commitment to rendering full support to the national immunisation program.

“The secret behind the success of our EPI program lies in our national policy of providing free immunisation services to all.” He added.

The Ministry of Health, he assured, would continue to expand immunisation services by opening more outreach facilities in sub-optimally served areas of the country, through GAVI HSS support and government local fund.

He indicated that the confluence of the support would help bring us closer to achieving the sustainable development goals.

He said that The Gambia has never defaulted in the co-financing payment for the GAVI funded new vaccine.

“I am pleased to report with pride that our country has been recognised to have one of the best immunisation programs in the sub-region.”

Also speaking, Dr.YvesMongbo, a representative of the West African Health Organization (WAHO)reminded that the establishment and strengthening of the NITAG is to guide countries in the development and implementation of relevant evidence-based immunisation programs.

Professor Ousman Nyan, chairperson of the newly launch NITAG said The Gambia NITAG had existed in one form or the other for the last five years and an update revised version was appointed in mid of this year.

“As you know, immunisation has been a very important health intervention globally and particularly in our part of the world.”

With the recent conditions caused by the corona virus pandemic, he said there is light at the end of the tunnel given the possibility of immunisation against the Covid -19.

Professor Nyan maintained that NITAG is an important advisory, technical group with a composition of a variety of expertise from the microbiological molecular biology, epidemiology immunisation program, communications, and sociology amongst others.

The group, he added, would provide relevant advice base on evidence analyses through the Ministry of Health regarding this particular health intervention. 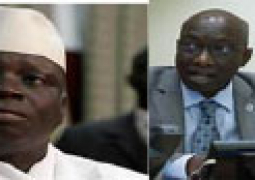 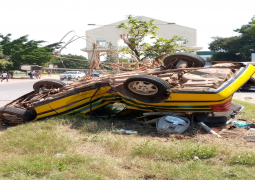 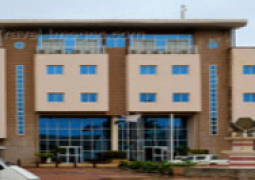