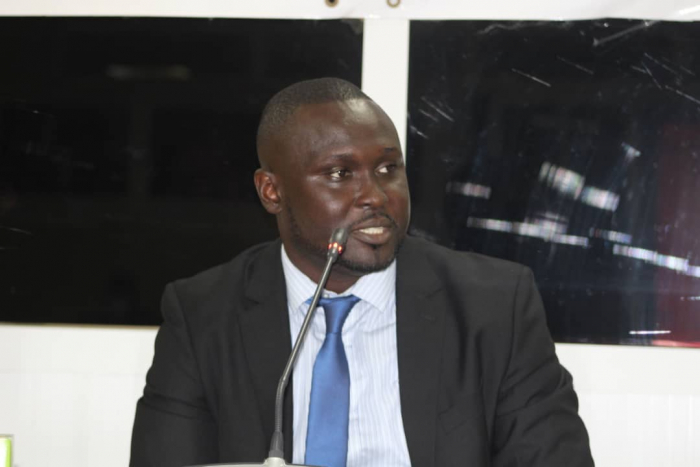 Gomez, who was first appointed first class magistrate upon completion of his law studies in 2014, explained that during his time at Kanifing Magistrates’ Court, they were five in number and were independent in the manner cases were handled.

“If a case comes, the principal magistrate Tabally assigned files to a magistrate based on seniority. As a first class magistrate, I handled both criminal and civil cases.”

In 2015, the witness said, he recalled vividly a day as he was on his normal duties at the court, then Tabally walked into his court room and interrupted the sittings. He added that Tabally informed him of a file that was to be transferred at the High Court.

He continued that he did not have time to read the file because he was in court and the cases were ongoing. The barrister stated that the case in the file involved a shooting incident and the facts were not revealed.

“There was a taxi driver who carried male and female passengers and failed to stop at a military checkpoint. The security fired a warning shot but the driver refused to stop. The driver was chased and the soldiers shot the taxi and one of the bullets killed Ya Binta Jarju. The driver was arrested and charged with negligent act causing death and three other minor charges. I transferred the case and when the case was called, I recalled the suspect pleaded guilty in two counts, which was driving without licence and disobedience to lawful orders.”

Gomez further testified that he told the parties that the matter would be adjourned to the following day for sentencing. However, he added that the prosecution called him in his chambers, saying he was informed that he (prosecutor) received executive directive from Jammeh that judgment should be delivered before the matter is adjourned.

“I went to the courtroom and maintained my earlier decision which was to adjourn the matter. I was worried because we were very aware of the situation and there was a serious interest by the executive. At the next adjourned date, I had already consulted the necessary laws and sentenced the suspect for a fine of two to D3000. Later the security officers who fired bullets were brought to court and we followed the normal court proceedings as per the trial.”

The witness said he later got evidence that the soldiers caused the death while accusing the taxi driver, adding he withdrew the charges against the accused person and the Chief Justice was happy with the decision. He said he was later transferred as travel magistrate for Essau, Farafenni and Mansakonko.

He confirmed that Chief Justice Emmanuel Fagbenle and the NIA used to interfere with the court orders.