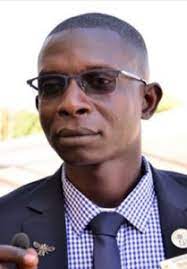 Mr. Sonko has been accused of fraudulently withdrawing D12 million from the staff association’s account without their consent.

Mr. Njie was speaking on Monday at the council’s premises during an emergency meeting as armed PIU personnel stormed the council. He added: “Out of the 37 staff, three of them are no longer with the council. We have lost total confidence in her and our monies should be paid and the incoming committees will sit very soon and write to the external auditors to come and audit.”

“It’s also very disheartening that those people who have been paying and contributing and being deducted from their salaries for the past 10 to 20 years have never enjoyed a D1000 loan. Our position as staff is that, we are saying the general council resolution that was unanimously passed was passed in the interest of the staff of the council and nothing else. Our position is that, let the CEO and others go back to the air and clear it that this loan was never acquired in our names. Again, the loan that was given to her should be paid back.”

He claimed that staff of the council wanted to embark on a sit-down strike based on the fact that their lives were in danger.

“During our congress which was held on Saturday, there was a financial statement that was presented before us and is in relation to the D12 million loan being acquired in the name of the staff welfare. I want to make this point very clear that this D12 million loan was never acquired in the name of the KMC staff welfare association. There are procedures as to when or how the committee or members should go for loan acquisition which was never done and followed,” he posited.

Out of a 14 or 15 member committee of the former executive, he disclosed, it was only three people who knew that the CEO and others were working on loan transactions on behalf of the KMC staff welfare association without even their notice.

“The financial statement that we received from the Finance Department of the council indicated that since 2014 to date, the total amount transferred in our account amounts to over nine millions dalasis. As of May 31st, the total amount in our account was over D17, 000 which is very disheartening. Again, there are clauses in the constitution of the KMC Staff Association which clearly indicate as to who is entitled to a loan.”

“We have seen from the bank's statements that the CEO has acquired a loan of D50, 000 from the KMC welfare account.  An amount of D25, 000 was from AGIBank and another D25, 000 from Trust Bank. Interestingly, Mrs. Sonko's total contribution since she joined the council is seven hundred dalasis.”

Mai Ahmed Fatty, the leader of GMC, said: “It’s the failure of governance which is responsible for what we are witnessing today. What’s happening today is fundamental national significance. The decision made by the mayor and the councillors on their resolution is a decision made by thousands of residents in KMC.”

“We must tackle corruption at the roots. When there’s significance allegations of any public officials, not only law but morality demand that you recuse yourself from the environment in order to allow an impartial atmosphere that will enable investigators to reach a conclusion fair and just to all parties concerned.”

“I am urging the ministry of local government to allow the investigation to proceed and I will crave the indulgence of the officers who are accused of corruption to stay away until the investigations are fully completed. That’s what will serve the interest of Gambia and that will serve the interest of KMC. Taxpayers’ monies belong to taxpayers. The management of funds and resources of KMC must be in the interest of the residents of KMC,” he added, claiming “The ministry should choose the path of dialogue and the path of administrative justice.” 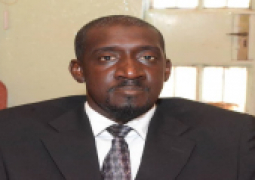 Sulayman Jammeh, the newly elected National Assembly Member for Bundungka Kunda has vowed to push the private member Bill to empower local government authorities in order to have their autonomy – something he said would help them do their work effectively. 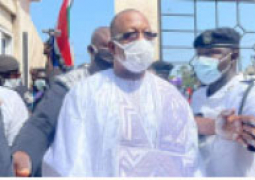 Mama Kandeh says MOU does not include Jammeh amnesty

The leader of Gambia Democratic Congress (GDC), has made it clear that his MoU with the supporters of ex-president Yahya Jammeh does not include Jammeh’s amnesty.

State House, Banjul, 30th March 2021: In accordance with the provisions of section 76 (1) of the Constitution of the Republic of The Gambia, the Office of the President informs the public that Friday, 2nd and Monday 4th April 2021 will be public holidays throughout The Gambia in observance of the Christian Holy feast of Easter.