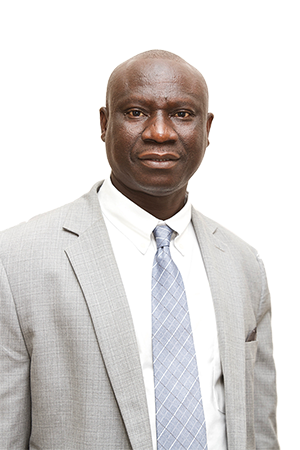 “If Abdou Ceesay is found involved, the state will take actions but if Abdou is innocent, we will take actions against the people accusing us. My integrity matters to me and if D155 million entered the Central Bank as alleged, I will resign from my job as a practicing Muslim. I am not desperate for this job and I have my principles.”

He added that the alleged corruption letter was sent to the staff of the bank, saying the letter further alleged the money was to be changed with fresh notes.

He explained that was the time he consulted some of his senior management staff and got advice from his legal team on how to proceed in terms of addressing the issue. "The first thing we did," he added, was to ask Abdou who denied the allegations.

Mr. Saidy said the CBG is not taking this lightly because the reputation of the bank is their biggest asset and they don’t want that damaged. He continued that the board of the bank met and an admin order was issued to send Abdou on administrative leave pending the outcome of the investigation.

“The board also ordered for a committee to be set up to investigate the matter. We will devote all our resources into this and make sure that the investigation is deepened. Whatever the outcome is, we will take the full force of the law.”

“For that amount of money to enter the bank without the knowledge of others, is mind boggling. If I sit in my office, I see everything that happens at the banking department and we also have CCTV cameras all over the building with security officers.”

The governor clarified that since 2017, the bank has been audited by external and domestic firms every year.

Dwelling on the recent fake money saga at Minteh Kunda Secco, Saidy assured the public that fake notes cannot and will not originate from the Central Bank. 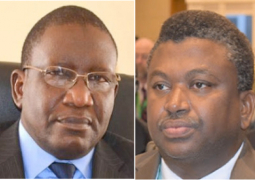 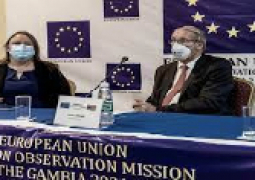 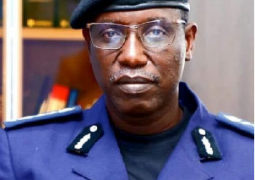 Salifu K. Jaiteh, a prominent Gambian businessman on Saturday donated second hand clothings and a cash amount of D40,000 to Mansakonko Area and Kerewan Area Councils as part of his contribution to the fight against coronavirus pandemic in the country. The entire donation is worth D512,500