I have done enough for Gambia to contest in presidential election –  Prof. Bah

Professor Momodou Bah, aspiring independent candidate for the forthcoming presidential election, said he has done a lot and enough for his motherland to vie for the presidency on December 4.

Bah was speaking in a news conference meant to declare his candidacy under the African Federalism and Republican Orientation (AFRO) movement; held at a local restaurant at Sinchu Alhagie village, West Coast Region.

Prof. Bah, also founder of the Pro-Gambia movement said “I have contributed immensely to the peaceful political changes of the country in 2016 when I was leading the Pro- Gambia movement. In 2016 presidential election, I met the Inter Party Committee (IPC) and discussed with them about free and fair election.”

“In this conference I told participants that I am neither here for political parties nor for security personnel.”

He added that while studying at Cheik Anta Diop University in Dakar, Senegal, he organised a peace table that was aimed at fostering unity, peace and cooperation between the Gambia and Senegal following series of allegations that former President Yahya was sponsoring the Casamance rebel group. “This shows my love for The Gambia.”

In this regard, he said: “The time for change through Professor Bah has arrived.”

The young Pan Africanist and new Gambian politician justified his call for change, saying President Adama Barrow has not worked to the expectation of Gambians.

The young politicians said when empowered, he would work with Gambians to address the horrible traffic congestion by constructing modern standard roads as well as provide one thousand buses to ease the transportation of goods and services.

Speaking further, he said, his government would address the state of insecurity and poverty to uplift the condition of Gambians and all resident in The Gambia.

“Under my government, I will make sure there is clean and affordable water in every household in this country,” he assured.

“I will give defence a priority. Under my presidency, I shall create elite schools that will train our security agents to be updated with challenges of the 21st century.”

Bah, who has double Master’s degree in African and Post- Colonial Studies opined that his government will relocate the country’s capital city to the central party of the country, specifically between Farafenni and Soma towns to reduce traffic jam in the Greater Banjul Area (GBA) as well as connect the new capital city to Dakar, Casamance and Mali.

In conclusion, he called on Gambian Muslims and Christians to work together to develop the country and say no to Lesbian, Gay, Bisexual and Transgender (LGBT) in the country.

The young Pan Africanist said these practices are against the core moral values and ethics of good Muslims and Christians of The Gambia. 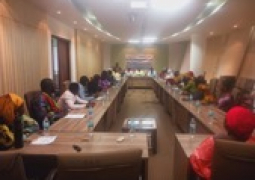 Activista, others submit demands of rural farmers to lawmakers

Activista The Gambia, a youth led civil society organisation working to promote the rights of young men and women through empowerment, campaign and solidarity in collaboration with Action-Aid LRP9 office and Rural Women Assembly, on Friday 28 January submitted the demands of rural farmers of Upper Nuimi to the National Assembly joint committee on Environment, Agriculture, NGO Affairs and Rural Development. 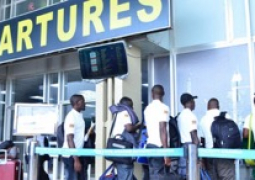 Authorities in the United Arab Emirates have announced a visa ban slapped on Gambians and 20 other nationalities seeking to visit Dubai with immediate effect.