He stated that the motion on notice was supported by a 20-paragraph affidavit sworn to by one Muhammed Sissoho and the state counsel was served with the motion on notice and did not file an affidavit in opposition but opposed the application on points of law. At this juncture, he cited the case of The State versus Abdoulie Conteh. “I hold the strong view that the failure to file an affidavit in opposition does not mean the party consented to the facts deposed to if the opposing party intends to oppose the application on grounds of law and this I shall hold as a fact,” he said.

He stated that in moving his motion paper, Counsel Sissoho brought his application pursuant to Sections 220 and 221 of the Evidence Act and Section 241 of the CPC. He added that the defence counsel submitted that there was no affidavit in opposition to the affidavit in support, which stood unchallenged. He said that the defence counsel urged the court to sign the subpoena so that the judicial secretary could produce the said file to the court.

Justice Jaiteh further adduced that in opposing the motion on notice, the state counsel submitted that with regard to the first prayer which was to subpoena the judicial secretary to file docket of coroner of Brikama was not tenable on the grounds that there was no investigation pertaining to the case as provided in the testimonies of Pa Habibou Mbye and Muhammed Bojang before the court.

The state counsel, he noted, told the court that it was only after police investigation that a coroner inquest could be conducted, and since there was no investigation, there was no coroner file docket at Brikama and the granting of prayer one would be an exercise in futility.

The presiding judge said that with regard to prayer two of the motion paper, it was the submission of the state counsel that the testimony of Edward Singhateh before the TRRC was irrelevant and would be an exercise in futility, as the prosecution would not have the opportunity to cross-examine Edward Singhateh.

Justice Jaiteh posited that he had listened carefully to both arguments for and against the motion with great interest. He added that with regard to the first issue as to whether the judicial secretary is in possession of the file docket of coroner of Brikama in relation to the death of Ousman Koro Ceesay in 1995 was fundamental in the determination of the application before the court. At this juncture, he defined the word ‘coroner’ and his functions. “All record of proceedings of coroner inquest in The Gambia are lodged with the Chief Justice and the judicial secretary as per Section 143 (2) of the constitution is mandated to be responsible to the Chief Justice for the performance of his or her duties. The argument whether there was an investigation into the death of Ousman Koro Ceesay or not would be determined  by the production of record of proceedings of the coroner inquest, if it exists. It is a relevant piece of evidence in determining a fundamental issue in controversy,” he declared.

“If Edward Singhateh cannot be presented to this court as a witness and be cross-examined on his evidence and these documents, then the purpose of producing these documents will amount to an exercise in futility. The application to subpoena the executive secretary of the TRRC to produce these specific documents without calling Edward Singhateh to take the witness stand is premature and I resolve this second issue in favour of the prosecution,” he concluded.

Counsel Sissoho had moved another motion for their last witnesses to testify on video conference, and the state counsel would respond today. 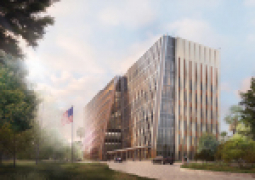 The Government of The Gambia wishes to inform the general public that it has recently signed a Memorandum of Agreement with the Government of the United States of America through their Embassy in The Gambia for the acquisition of a property for the purpose of building a permanent state-of-the-art Embassy here in The Gambia.