At least over 400,000 people have been vaccinated against Covid-19 in the country since last year, statistics from the Ministry of Health have revealed.

Those vaccinated include the elderly, health workers, security forces, journalists, teachers and students among others.

However, Mbye Njie, the deputy programme manager for the Expanded Programme on Immunization at the Ministry of Health, said the decline in the number of positive Covid-19 cases might not be directly linked with the vaccination. He added that it has an impact because the “vaccine protects people from contracting the virus and prevents severe conditions of the virus when one contracts it.”

“We have not done a study to say that the vaccinations are the result of the decline in positive cases but vaccines protect people against diseases and we believe it has contributed to the reduction of positive cases in the country,” he stated.

Mr. Njie noted that some people were reluctant at first to take the vaccine due to misconceptions but in their bid to avoid the vaccines from getting expired they expanded the priority groups and included those beyond 18 years in the vaccination campaign.

He added that convincing people to get vaccinated was a challenge but starting with President Adama Barrow influenced others to get vaccinated, saying “if the vaccine was going to kill, then the president would not still have been alive.”

Njie, who himself took the vaccine, highlighted that the Ministry of Health and the Government of The Gambia will not bring anything that will harm the population.

“Everything has side effects but the benefits of the vaccine outweigh the side effects,” he went on, while urging the public to trust the health system because they are part of the population.

He said Johnson & Johnson, Sinopharm, and Pfizer are currently available in the country, saying they are planning to embark on another nationwide campaign from 10th to 19th August 2022.

“We need to protect our population. Therefore, let everyone take the vaccine because it is safe and protects,” he told Gambians.

Ndey Kolley, an elderly woman who took the vaccine, said one cannot tell by looking who has Covid-19. And as such she had to take the vaccine to protect herself and her family.

“In most cases I go to the market to buy basic food commodities and come in contact with a lot of people, so I felt the safest thing to do was to get vaccinated,” Aunty Ndey said, adding that she did not experience any side effects after taking the jab.

Awa Ceesay, a university student, who also took the vaccine, said she had to take the vaccine to protect herself, her family, and friends and public because as a student mingling among her fellows and sharing the same classroom, one can’t tell who has Covid-19 or when you might come in contact with the virus.

“When vaccinated against Covid-19; even if you contract the virus it might not be severe,” she stated while urging her fellow students and public to take the vaccines.

As a precautionary measure, Gambian President Adama Barrow on the same day announced that all schools, including universities will be closed from Wednesday 18 March 2020 for 21 days. Additionally, all public gatherings, including open markets were suspended immediately for three weeks. All overseas travel by public officials was also cancelled to prevent further spread of the virus.

This story was produced with support from Journalists for Human Rights (JHR), through its Mobilising Media in the Fight Against COVID-19 in partnership with The Point. 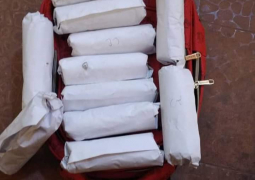 8 in custody over suspected drugs

Operatives of the Drug Law Enforcement Agency of The Gambia (DLEAG) have apprehended eight people at diverse places across the country on charges of being in possession of prohibited drugs. 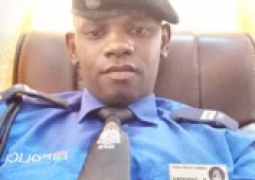