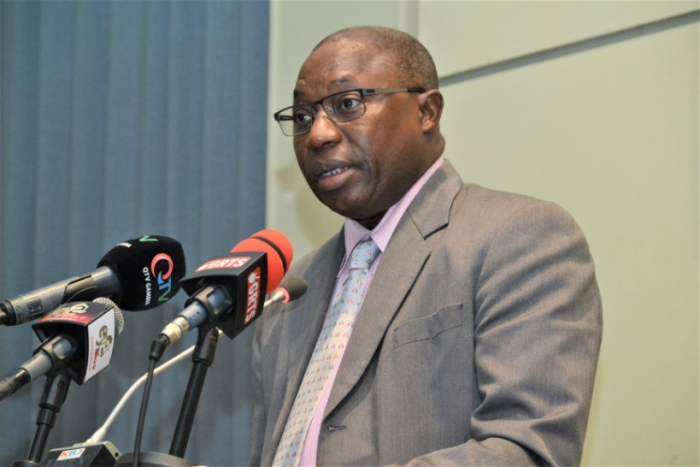 The ministry on Friday stated in a press release that contrary to what has been circulating on some social media/online networks, the Ministry of Finance submitted D1,767,400,000.00 to the National Assembly (NA) as a Supplementary Appropriation Bill (SAB), 2021. The statement continued that in order to meet the available revenue, the amount previously submitted was revised to D1.5 billion by the Ministry and not by the National Assembly as alleged by some social media and online networks.

NA finally approved an amount of 1.5 billion dalasis for the fiscal year 2021 to address the above mentioned areas.

Speaking at the NA on Wednesday, Hon. Njie stated, “As part of the OIC Heads of States summit scheduled to take place in 2022, various infrastructure projects will be implemented, including the construction of new roads and expansion of existing roads within the Greater Banjul Area (GBA). The Bertil Harding Highway will be expanded into a dual carriageway, which requires an additional 40 meters on either side leading to the acquisition of properties along the corridor. Individuals whose properties are affected will be eligible for compensation and it is the responsibility of government under the donor agreements to compensate property owners. This donor requirement was inadvertently omitted in the approved estimates for 2021.”

The minister explained that in fulfillment of the requirement to conduct free and fair elections in 2021, it is deemed necessary to provide the Independent Electoral Commission and the Judiciary with needed resources to successfully complete the voter registration and validation exercises.

He added that there are shortfalls in the voter registration materials and an omission of the establishment and operationalisation of revising courts in the current approved estimates.

Njie continued that the Banjul drainage infrastructure is weak, “some have collapsed in sections, and there is need to reconstruct them.”

The minister said Kaleng-Bushtown and Basse-Yorabowal roads in the Upper River Region (URR) are ready and as a result, additional resources are included in this Supplementary proposal for the settlement of arrears owed to the contractor.

“The country has accumulated substantial share capital arrears owed to the ECOWAS Bank for Investment and Development (EBID).It must be emphasized that this is an institution that we stand to meaningfully benefit from, especially in the area of private sector and rural infrastructure development. To maximize these benefits, we deem it necessary to commence settling some of our equity arrears.”

He further stated that the Gambia has also owed substantial amounts to the Islamic Development Bank (IsDB) and the University of The Gambia arrears of scholarships in excess of D100 million.

According to his statement, the SAB tend to cater the needs of the Drug Law Enforcement Agency (DLEAG), Gambia Armed Forces (GAF), Ministry of Health to procure 70 ambulances, Gambia Radio and Television Services (GRTS), the Gambia Civil Aviation Authority (GCAA), and an additional resources are also needed to ameliorate the lives of the poor and most vulnerable on the last windstorm. 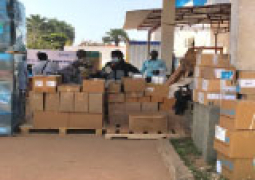 ChildFund The Gambia in partnership with MAP International, an organisation that provides medical and health supplies to the people in need has on Thursday handed over medical and pharmaceutical items to the Ministry of Health.