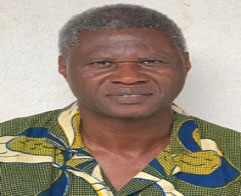 GHOMM is established in The Gambia to provide long-term medical care and improve the lives of citizens until 2010 when it was abruptly shut down by the past government and its property occupied by “The Green Boys.”

According to authorities, despite having legal ownership of the property, GHOMM was thwarted in every attempt to regain possession, and eventually sought redress in the courts in March 2019. In September 2019, a judgment was passed in favour of the organisation, providing them with a “Writ of Possession.”

Dr. Gabou Mendy of GOHMM in an interview, explained that they paid all the property rates in March 2020, adding that they went to the Department of Lands and Survey in 2018, where they were told that the property is in doubt whether it was part of the Janneh Commission that was looking into the properties of former President Yahya Jammeh.

“The property is still registered under GHOMM. We have a caveat that was done in October 2018 to indicate that we have been given an interest in this land and the property, in which we intend to continue what was assigned to us for the building of a medical Centre, institution, and academic and to train the next generation of healthcare workers.”

Dr. Mendy further stated that when they got a letter of cancelation of their lease from Lands written by Mr. Kebba Ceesay that they didn’t claim it on time, they challenged at the High Court using section 22 of the Constitution and sections 4 and 7 of the Land Acquisition and Compensation Act, Caption 56.1 in the laws of the Gambia. He said when they went back to the High Court in June 2020, the court demanded the eviction of ACU from the property.

Nenneh Freda Gomez, country coordination for GHOMM, also reiterated that they have been making efforts to engage the government on the occupied property but they never responded to their letters. She stated that whenever they had meeting with them, they make it like everything is alright but they feel the difference when they walked out.

Dwelling on the confrontation between GHOMM and ACU in recent days, Madam Gomez explained that when they learned about ACU’s movement, she bought cement and sand and all the logistics to start the renovation of the property.

“When I visited the property, they allowed me entry but they didn’t allow anything else to enter. I went in and spoke to the occupants because there are families living there. I was shocked at the state I found the building because I saw the goats and the sheep all around and how the property was destroyed. I engaged the families and they told me that the securities that left; came back and uprooted the doors, windows, sockets, fans, and switches.”

She emphasised that the Sheriff came with an officer and handed over the property according to the judgment of the court and they were holding a press conference. Gomez added that all of a sudden, they were asked to leave the property.

“I told him we are not leaving and there was a back and forth and after a while, they sent in a truck of paramilitaries, who also said they were sent on orders to send us out. We resisted and eventually a man called Jaiteh received a call from his boss to say they should let us.”

Despite the court’s judgment to secure their property, Madam Gomez asserted that when the paramilitaries left and she thought everything was ok, she demanded the entry of the truck with a load of cement but the officer at the gate said to her that he got another call that nothing should enter.

This is a developing story; more will come in our subsequent editions. 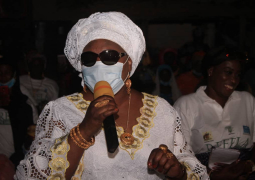 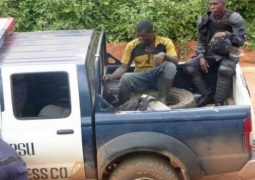 The Mano River Union Civil Society Natural Rights and Governance Platform (MRU-CSO Platform) implores governments, the United Nations, International organizations and civil society actors attending the 27th edition of the Conference of Parties to the UN Framework Convention on Climate Change (COP27), to adopt a resolution insisting on additional commitments that guarantee the protection of environmental and human rights defenders against reprisal attacks and killings. 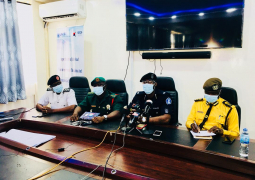 In their efforts to reduce the current rate of crime in the country, the public relations officers of The Gambia’s security services yesterday conducted press briefing on the progress, gains and challenges of the Operation Zero Crime. 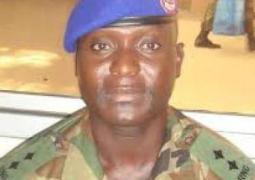