The Foreign Minister of The Gambia, His Excellency Dr. Mamadou Tangara and the Minister of State for Foreign Affairs of the United Arab Emirates (UAE), His Excellency Shakbut bin Nahyan have renewed their resolve to promote cooperation between the two countries during a bilateral meeting held in New York. 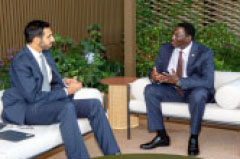 The Ministers made the commitment on 19 September 2021, immediately after the arrival of Foreign Minister Dr. Tangara in New York for the 76th Session of the United Nations General Assembly. The two diplomats discussed matters of regional peace and stability.

Foreign Minister Tangara used the opportunity to congratulate Minister Shakhbut on their successful election to the Security Council. The two Ministers discussed regional issues as a concern for both countries. The meeting ended with an understanding to follow-up on issues discussed with a hope of harnessing fruitful gains. 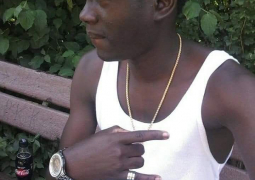