In May 2018, international donors at a Donor conference held in Brussels pledged 1.7 billion dollars to The Gambia’s National Development Plan (NDP) 2018-2021.

The lawmakers wanted to know how much of this pledge had been received for the implementation of the government’s NDP.

Responding to a question posed by the NAM for Kiang West, Finance Minister Mamburay Njie said about 12% of the pledges has been received.

President Adama Barrow and his entourage received a heroic welcome from Brussels in May 2018 after securing the unprecedented 1.7 billion dollars pledge by international donors around the world.

The government claimed a greater amount of the pledge will be in a form of projects.

Majority of Gambians were pleased when these funds were secured hoping it would be the beginning of a life changing period for them.

Three years down the lane, however, what seemed to be a beacon of hope for many at the time is yet to be felt by ordinary Gambians according to some. 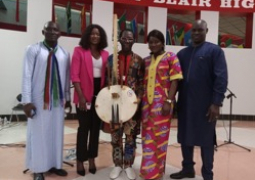 The Embassy of the Republic of The Gambia to the United States of America on Saturday 23rd July 2022 celebrated the first-ever cultural show with the great kora maestro, Pa Bobo Jobarteh, at Blair High School in Silver Spring. 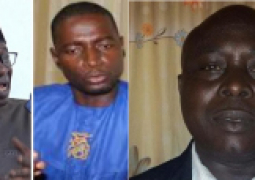 Widow of Solo Sandeng in shock over FTJ, Seedy Njie

The wife of the late Solo Sandeng, Nyima Sonko, told reporters on Friday 22 April 2022 that the nomination Fabakarr Tombong Jatta (FTJ) and Seedy S.K. Njie as speaker and deputy speaker respectively nearly claimed her life from shock and fear, adding that these actions by President Adama Barrow is a serious disappointment to the victims like her. 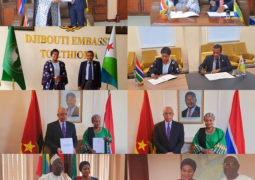 BANJUL, 7 September 2021: The Government of The Gambia wishes to inform the general public that it has signed the Joint Communiqués on the establishment of diplomatic relations between the Republic of The Gambia and the Republics of Djibouti, Chad, Gabon and Angola at a ceremony held in Addis Ababa, Federal Republic of Ethiopia.

“I recognise the role of the Media and Civil Society Organisations in guiding the Government. We acknowledge that constructive criticism is essential in maintaining a democracy, once the intention is honest,” President Adama Barrow said in his televised New Address.