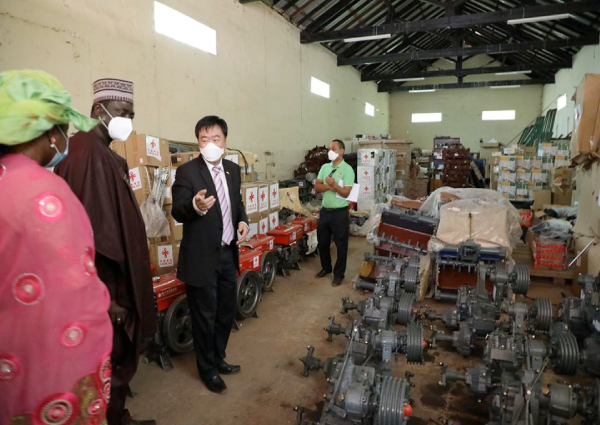 Speaking at the handing over ceremony at the Department of Agriculture in Cape Point, Bakau, the Honourable Minister of Agriculture, Ms. Amie Fabureh, said since the restoration of relations with the People’s Republic of China, The Gambia has seen cooperation in various sectors but most especially in agriculture. This, she added is evident with the display of variety of farming equipment and fertilisers received from China. She said: “The official handing over of this magnificent agricultural equipment/machinery accompanied with their state-of-the-art accessories and fertilisers yet marks another milestone towards the realisation of the development of Rice and Horticulture sub sectors value-chain prioritised as flagship projects in the National Development Plan.”

Minister Fabureh said the equipment and fertiliser are crucial ingredients to The Gambia’s economic growth given that agriculture employs over 70 percent of the population and more than half of them are women farmers, noting that women farmers are the core rice and vegetable producers.

The ambassador, Excellency Ma Jianchun, in his remarks said the handing over ceremony marks an important milestone of cooperation in a bid to protect The Gambia’s food security and to also support efforts of Gambia’s agricultural production and development.

Ambassador Ma expressed optimism that under the leadership of H.E. President Adama Barrow and with efforts by the government and the people of The Gambia, there would be victory in combating the novel coronavirus. He pointed out that the economy and people’s lives will get back on track.

He disclosed that the donation is part of cooperation in the area of agriculture between the two countries. Ambassador Ma recounted the numerous agricultural achievements registered by the Chinese agricultural experts in the Central River Region of The Gambia, adding that: “The Chinese agricultural experts have reclaimed 7 acres of rice farms to conduct the research for strengthening Gambian rice varieties, and the experiments on adapting high-production hybrid Chinese rice varieties to local natural environment.”

The items donated by China include: 10 metric tons of fertiliser, 30 sets of walking tractors, 30 sets of small rice threshers, 29 sets of rice mill, 25 sets of pumps, 1 set of steering-wheel tractor, 2 sets of diesel engine and corresponding spare-parts, maintenance tools and other materials.

The items were inspected by dignitaries including the Honourable Minister of Foreign Affairs, International Cooperation and Gambians Abroad, Dr. Mamadou Tangara, which followed the singing of Exchange Note by Foreign Minister Tangara and Ambassador Ma.

This high level ceremony was chaired by the Communications officer of the Ministry of Foreign Affairs, Mr. Saikou Ceesay. 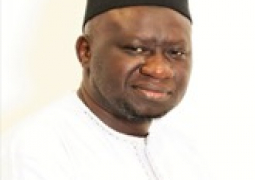 ‘Over 34 countries’ to participate in African Religious Ministers & Ullamas Confab

More than 34 countries have so far confirmed their participation in the African Religious Ministers & Ullamas Conference due on 6 December at the Sir Dawda Kairaba Jawara International Conference Center in Bijilo, according to Sheriff Abba Sanyang, the minister of Lands, Regional Government, Religious and NGO Affairs. 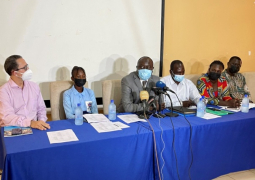 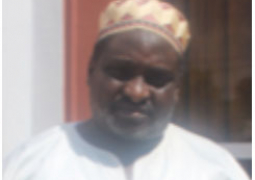