The bill of indictment, which was presented by Inspector Oley Bobb, on behalf of the Inspector General of Police (IGP), indicated that Alasana Krubally, Alieu Tanagara and Yankuba Tangara, Malian nationals, with Cherno Ngum, a Senegalese, faced three counts of conspiracy, breaking into building and committing a felony and stealing.

They were alleged to have conspired with intent to commit a felony to wit: stealing on or about the 23rd May, 2020, at Fajara, in the Kanifing Municipality of the Republic of The Gambia.

Prosecutors alleged that they broke into the office of one Kutubo Jahally Touray with intent to commit a felony to wit: stealing on the same day at the same place.

They denied any wrongdoing, and were granted bail in the sum of D8,000,000 with  a Gambian surety each, who should swear to an affidavit of means for the sum of D2,000,000. Each surety should deposit to the court’s registrar a compound document value of which is not less than D2,000,000. It would be sufficient if any of the sureties could deposit a title deed value of which should not be less than D8,000,000. Each of the accused persons should deposit their travelling documents.

Witnesses will be led by Inspector Oley Bobb to testify on the 30th June, 2020. 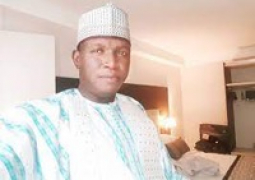 The country’s State Intelligence Service (SIS) under the leadership of its Director General Ousman Sowe is hosting the biggest convergence of the Committee of Intelligence and Security Services of Africa (CISSA), The Point has been reliably informed. 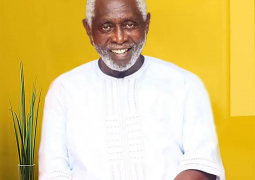 Abdel Kabir Lie Ngum, a veteran Gambian musician who had spent most of his life as an artist, passed away on Friday, aged 73. He was laid to rest on Saturday at the Jeshwang Cemetery. 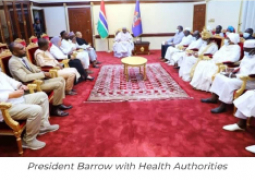 President Adama Barrow has met health authorities in The Gambia after the death of at least 70 children linked to Acute Kidney Injury (AKI).